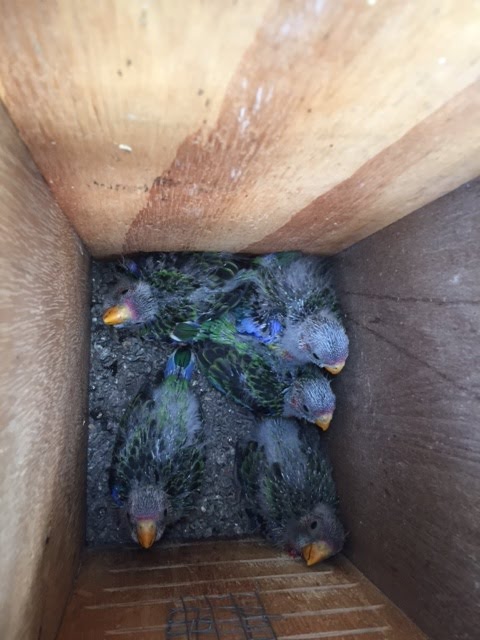 The fivc baby Eastern Rosella babies are getting their colourful feathers. 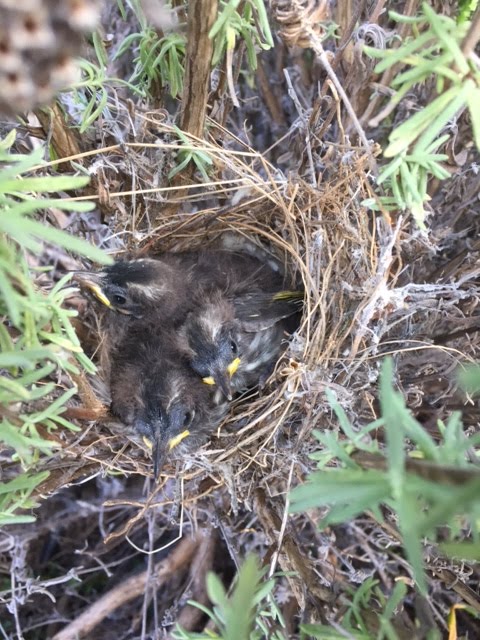 And so are the honeyeater babies.  My husband thought that they would only be in the nest for another week.  Which I am sure is when they are going to run out of room for the three of them! 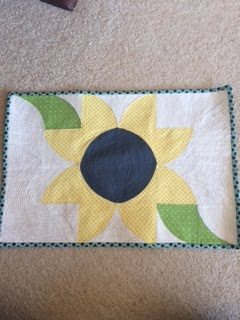 I made my friend Lisa a table topper from the mini curved ruler pattern, Sunflowers for her birthday and the shape inspired the curved Dresden needlebook. 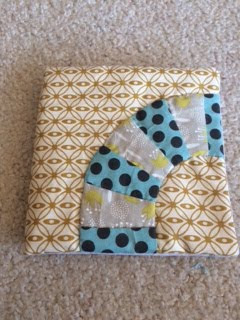 This photo highlights the over quilting the runner received.  No idea why, that's just what flowed from my brain at the time... but took way longer then I anticipated! 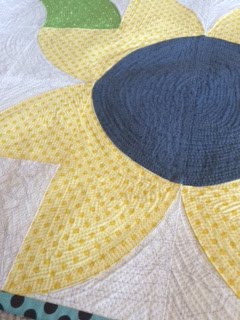 We had a weeks holiday in the nations capital, Canberra during the school holidays. 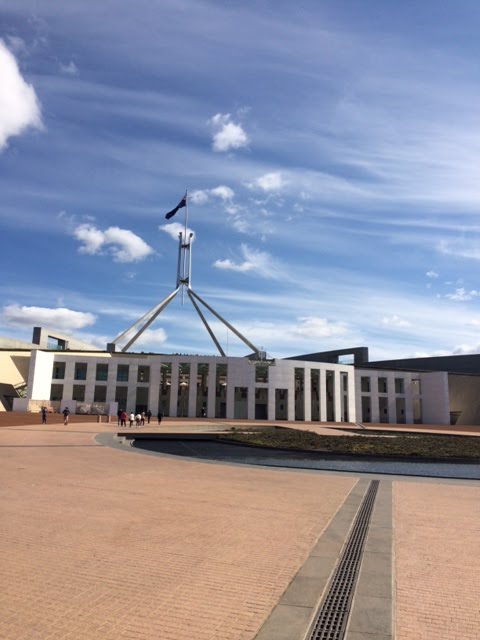 A visit to the new Parliament House was high on the kids list of things to do.  Its not brand new, just that we outgrew the first building constructed in the 1920s as a nation, which now serves as a museum.  You cannot see it, but the area underneath the flag is all lawn and you can take the lift to the lawned roof and look at the spectacular view 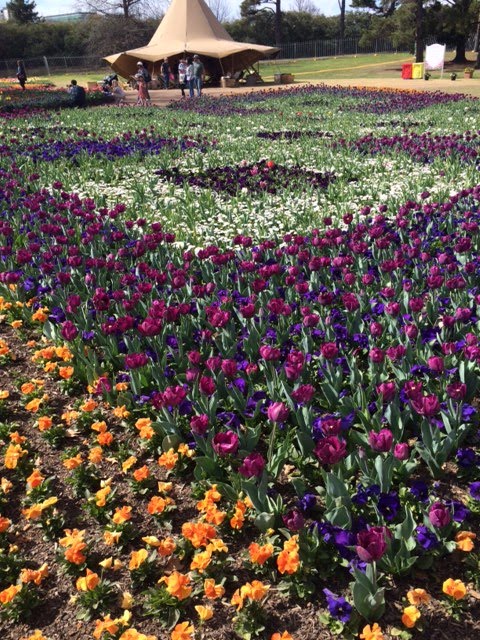 Floriade  was on during our stay, and its simply a magnificent display of flowers, mainly tulips and pansies,  As the weather was so nice, all the displays looked great and it was hard to take just one photo! 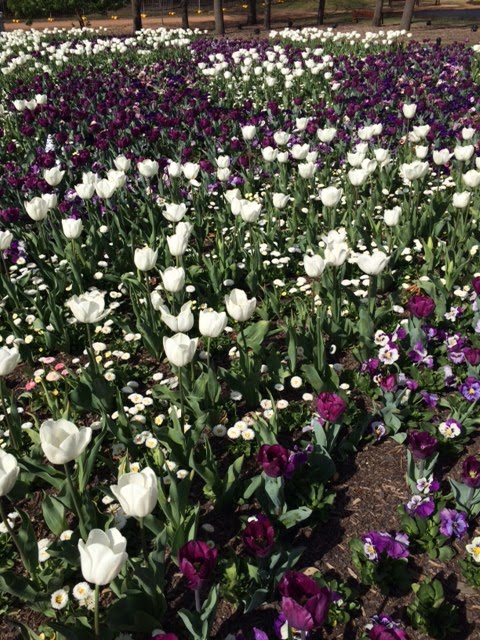 I love tulips, but they dont multiple like some other bulbs, so I dont have many in the garden.  But the array of different varieties they had planted, was amazing. 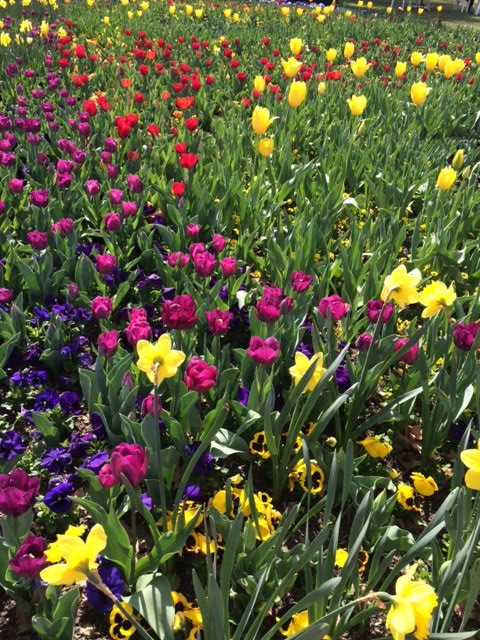 The displays are laid out with precision planting and all the designs are based on a theme.  There is a ferris wheel ride, and that would be the best way to see the garden bed designs, but I didn't bother - it was over priced and I knew my phone camera wouldn't do it justice. 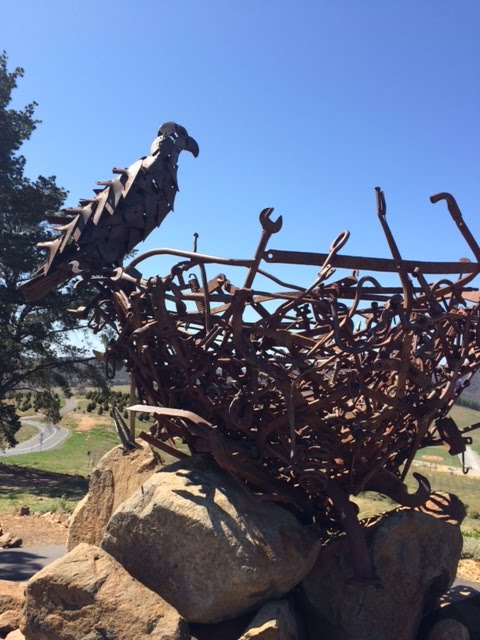 This sculpture lives at the top of the windswept hill above the Arboretum in Canberra and was just magnificent.  The Arboretum is still a work in progress, as they plant 100 rare trees each year, but greatly developed since we were there about 15 years ago.  And the Japanese cherry trees were in blossom which was very pretty. 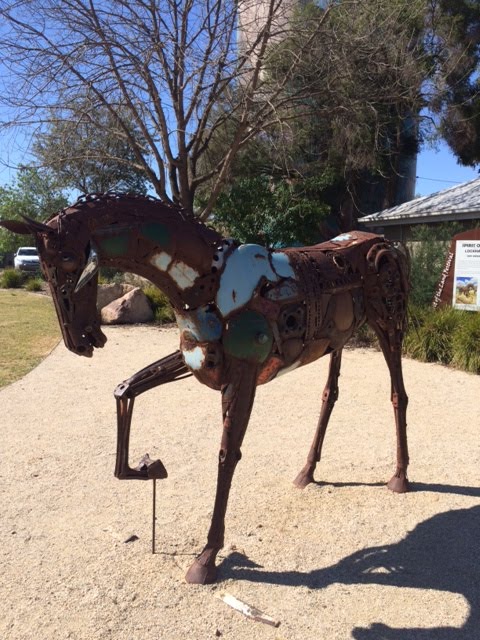 This sculpture by Stuart Taylor resides in the small NSW town of Lockhart, which hosts a competition for metal farm art this October.  We love driving the back roads (as opposed to the freeways) and came home from Canberra via Wagga Wagga, Lockhart, Deniliquin and Wycheproof.  Great places, great Aussie named towns!  Wycheproof  is a compulsory stop as my husband has two aunties living here, so we had a lovely visit, with country cooking - homemade  lamingtons for morning tea and scones for afternoon tea!  The aunt who made the scones had to have her son deal with a very big brown snake on her back lawn before we arrived.....the kids were very happy to be fed, but apprehensive about playing footy on the lawn!
at October 18, 2019 5 comments:

Rummaging through the orphan bin I found lots of scraps but very few orphan blocks.   The find that excited me the most was a bag of pink half square triangles.  Some were made and others were still in pieces, but there was a decent amount, so there was the temptation to do something with them immediately!  I tried to make a pattern but there wasn't enough, so went with random scrappy layout. 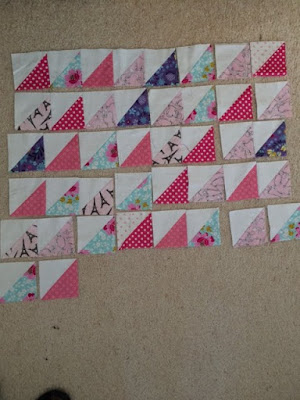 The squares finished at 3", so I managed to get a 24" square finished top, which is the right size for a neo natal top.  I am very pleased, but there were left overs and I am trying to get rid of scraps! 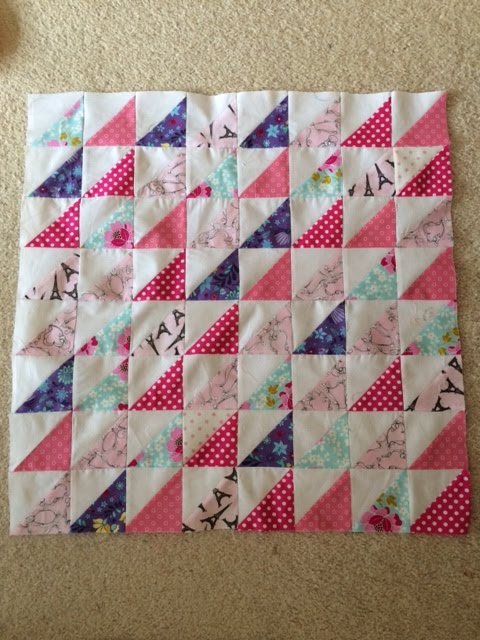 Sew I made a little dolls quilt 12" square and quilted it straight away. 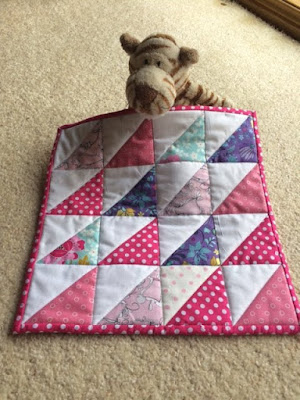 I found a scrap of flannel for the back and pieced some wadding left overs.  These little quilts give me a lift, because they are quick, scrappy and fun!  Who doesn't love hot pink dots! 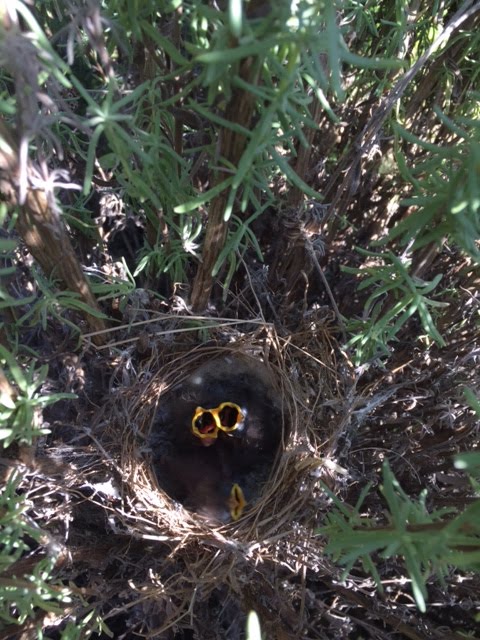 We were  away a week and came home to discover the New Holland Yellow Winged Honeyeaters had nested in my white lavender, right next to the clothes line.  The fledglings are very cute, but very close to the ground, so hoping the neighbours cat stays away. 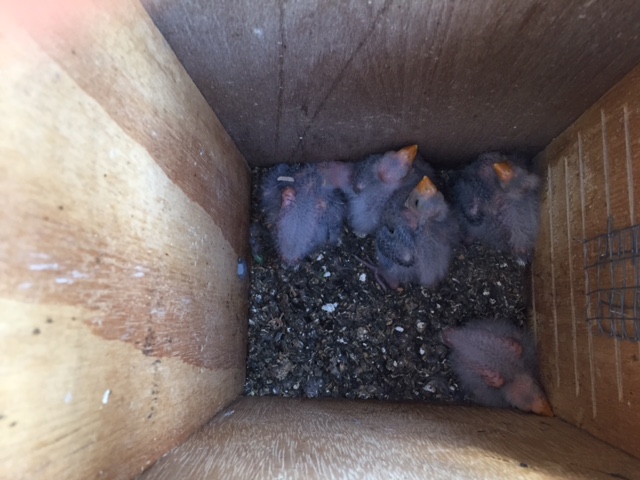 These are fledglings of Eastern Rosella and Crimson Rosella parents (it is unusual for the two varieties to cross breed in the wild), nesting in our purpose built nesting box on the rear of our 1 acre garden.  You can see the cuts in the box and  wire on the right, so the young can pull themselves up out of the box and peer out the entrance hole.  This is purposely built high, so they are strong and feathers matured enough to learn how to fly.   Otherwise they play Superman and might not survive. their first flight
Happy quilting Sue.

I was sick and tired of coming across this lovely stack of blue 5" squares.  They were left over from a star scrap quilt I made ages ago.  Sew next thing I knew I am scrounging through the scrap bin looking for pre cut 1.5" sqares to make flippy triangles. 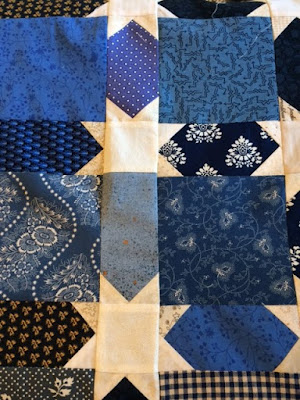 I have nearly run out of neutral scraps and stash, but keep turning up bits and pieces to make the stars.  After a couple of days of flippy triangles though I was seeing stars!  This section had to get unpicked! 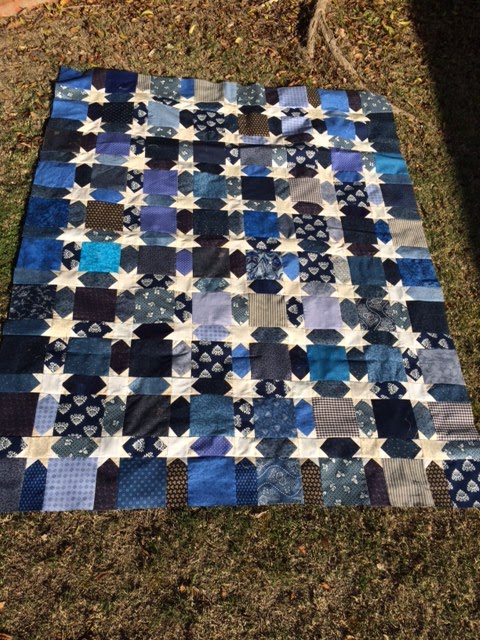 This quilt finishes about 64 x 55" which is slightly larger then the recommended size for teenagers, for my prefered kids charity.
I am happy its done, but frustrated I have oodles of parts left over and still more 5" squares!  So I started another quilt (aiming for a smaller size) and in the process of rummaging through the parts/orphan box I found a little top already completed! 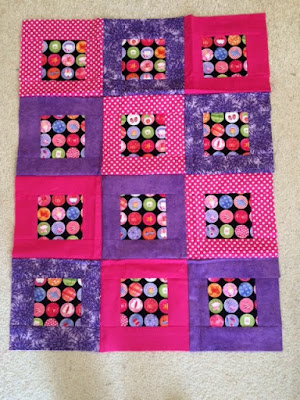 I do remember making this out of the left overs from a past kids quilt.  I think it got stalled because it was too small to use as a cot quilt, but too big to be a dolls quilt.  However it is  the right size to gift to my prefered kids charity (as a neo natal quilt), so bonus!  Sew now I have two tops to find backings, baste and make scrappy bindings for!
Happy quilting Sue.
at October 04, 2019 6 comments: