All I seem to discuss is the weather...

...because it is hot, hot, HOT!  After a week of 40C plus during the day and 30C overnight, all anyone wants to talk about is how hot it is and when is the cool change due! 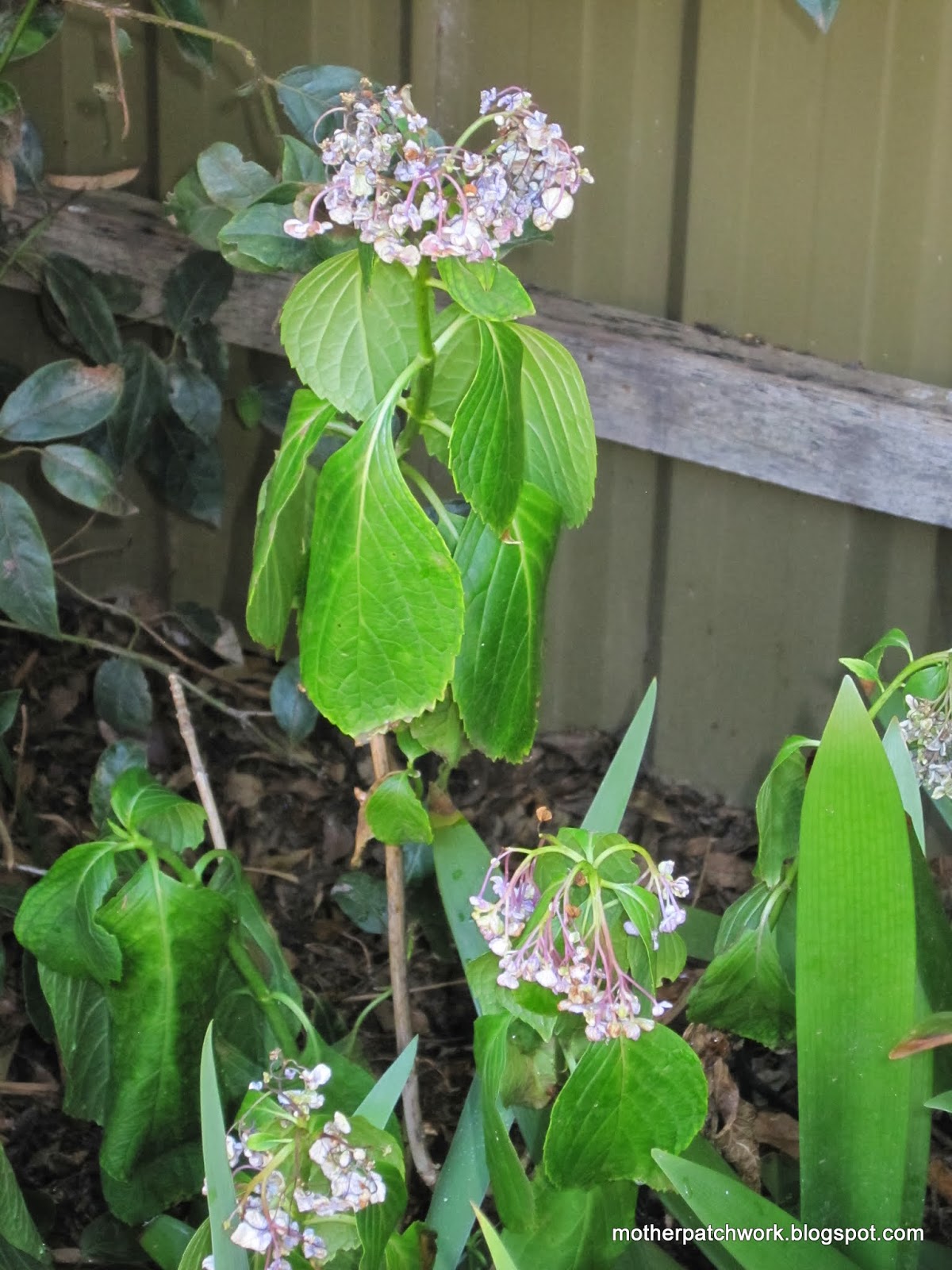 Some plants are just not designed for South Australian summers.  Don't worry I did watered this poor hydrangea!  Hydrangeas remind me of my paternal grandmother, so I planted some knowing they would need TLC.  Surprisingly the three I have in pots are doing much better then this one in the ground. 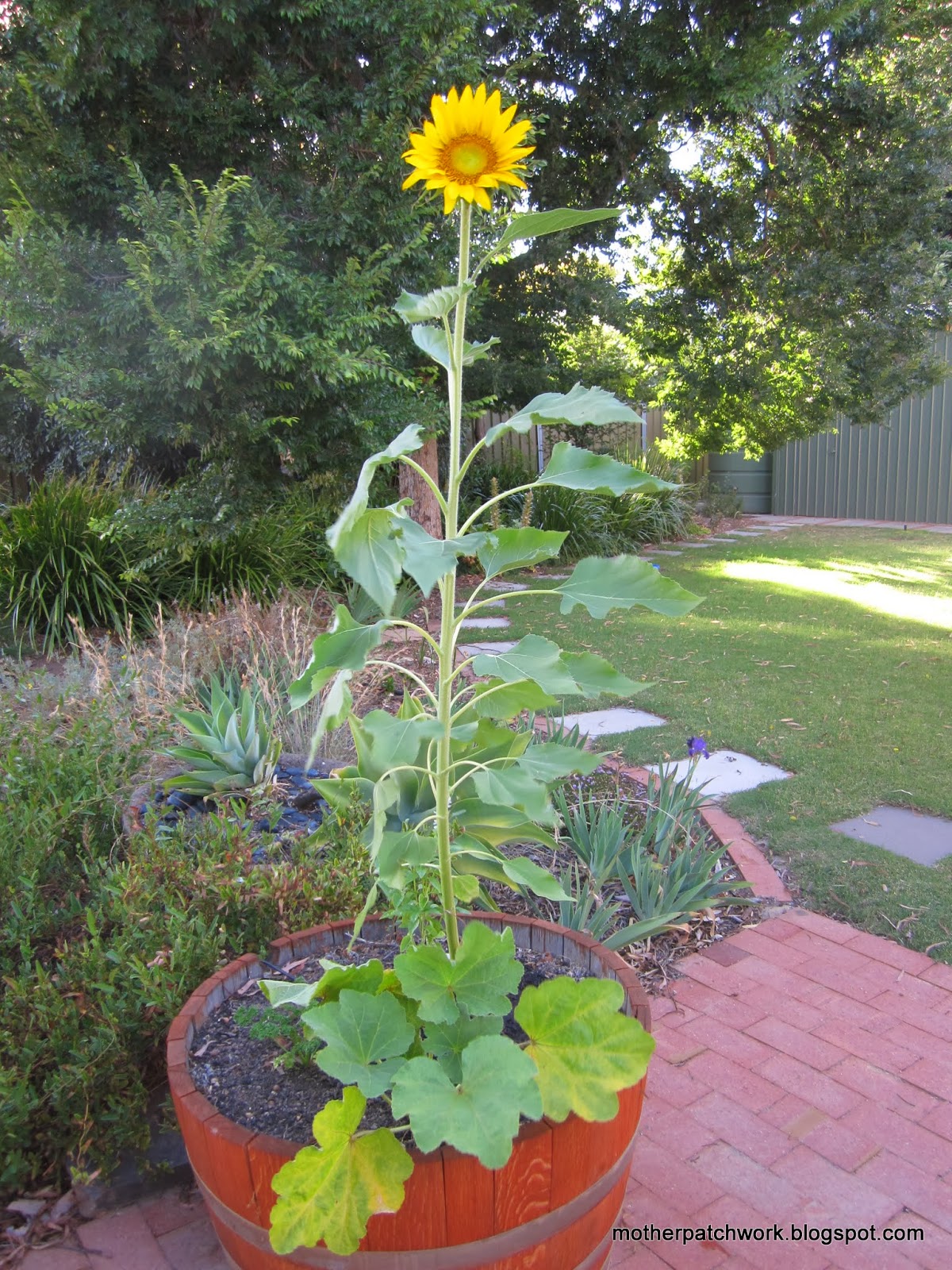 This sunflower was given to my son's from friends Elaine and Wayne, who are very good at gifting "little" things that kids like!  The boys have enjoyed watching this grow taller and taller and now after a week of heat it is finally blooming!  Being school holidays, my boys have been stuck inside all week. 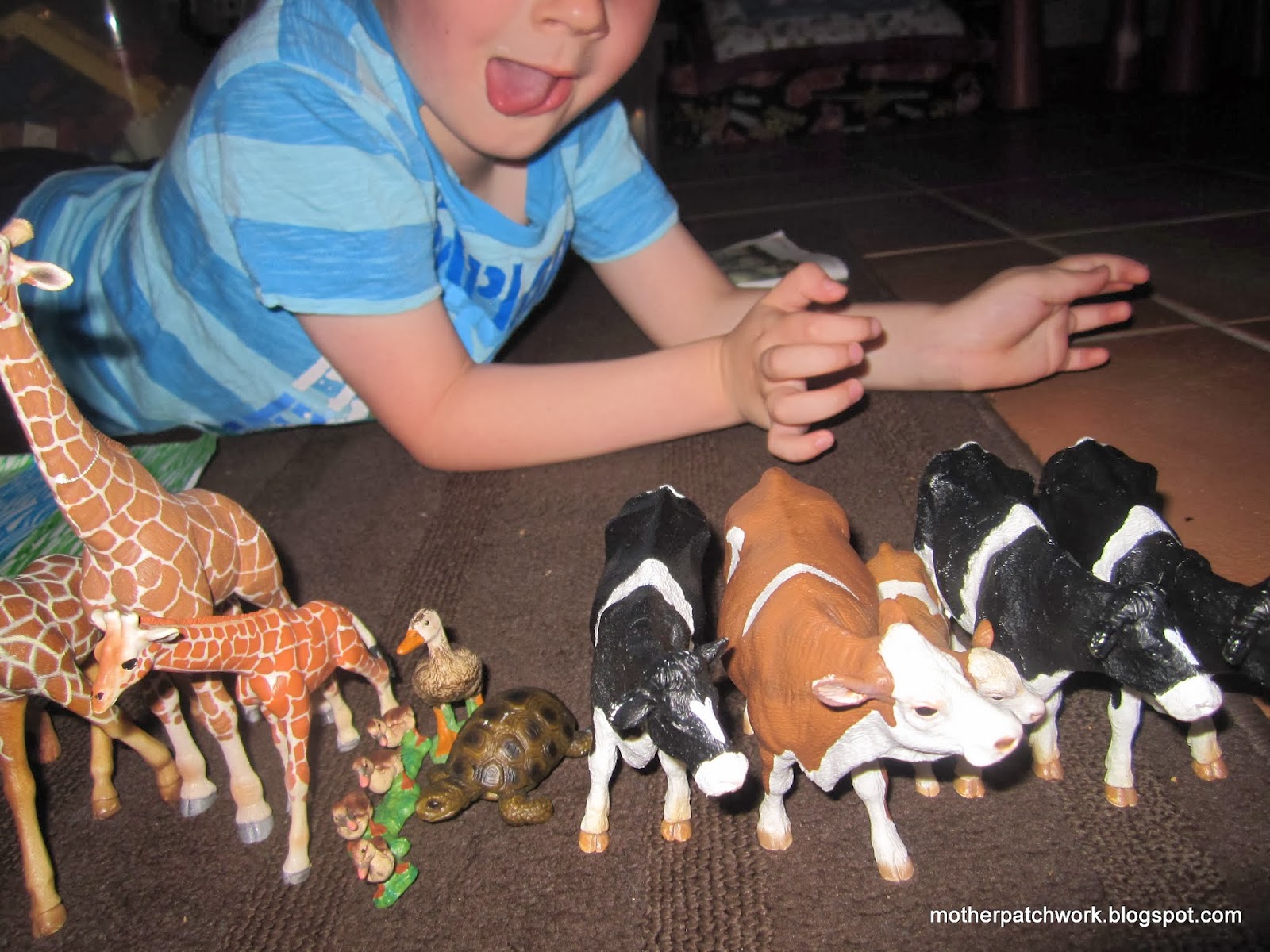 They have done a great job of self entertaining.  But even they were panting in the heat, as the carpet became the African plains and the animals had to cope with a heat wave.  Please note cows = water buffalo in this game!  An unlucky zebra was feed to the lions because he had a wonky leg, the 7 yr old explained! 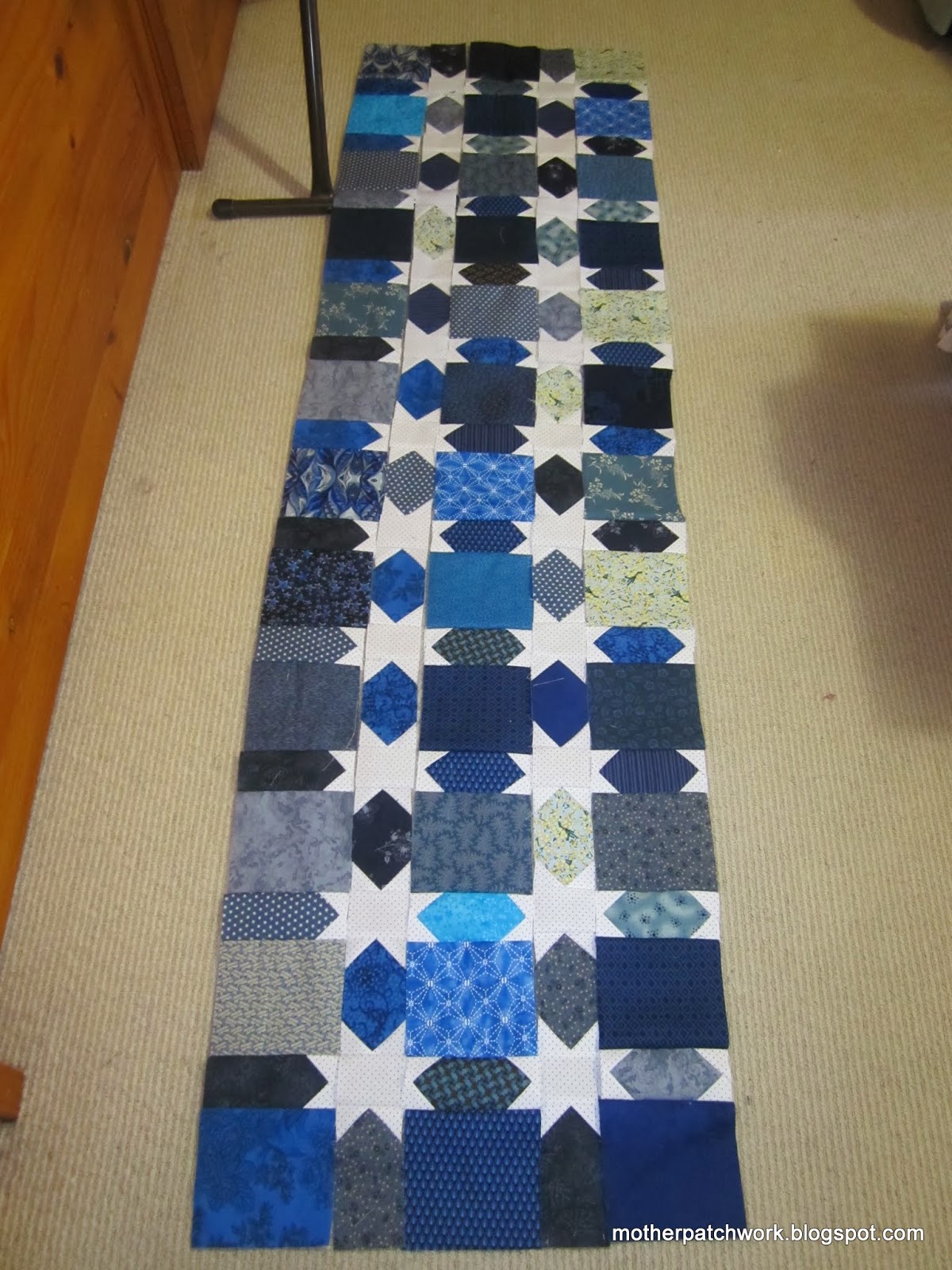 I have done some unpicking, cutting and lots of piecing.  I also stopped to do some maths.  The result is I am 10" short of the white print (white with small brown dot), if I make this quilt the large single bed size.  So I went down the patchwork store and just brought the next closest fabric,  a white with black dot - who cares in this heat!  But looking at this photo I might just ditch the blue with yellow wattle fabric, as I can see three 5" blocks in the last row and now one of them reads as blue in this photo!  I have plenty of blue fabrics and now plenty more white, so this quilt might just get a whole lot bigger!
Spare a thought for the firefighters (volunteers and paid) out battling blazes around Australia, and my friends living in and around the Grampians - which are alight, I hope your homes are saved and that the cool change come early and without lighting strikes.
To everyone else, please stay cool and stay safe.
Happy quilting, Sue SA.
at January 17, 2014