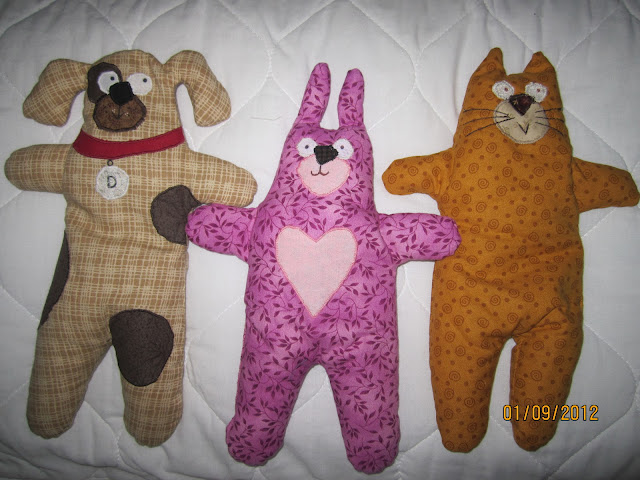 Yes, I am still alive.  I have been sick again, nothing life threatening, just annoying.  More to the point I have been off line with IT upgrades, which equates to pain in the *&%$#! fiddling and waiting, but apparently we now have bigger and better internet!  So while I was off line I did sew.  I finished this heat bag Dog, which DS1 claimed.  So then DS2 insisted he needed a pink rabbit, so that was made and filled with wheat.  Then I decided a present for a friend was in order and I made the cat...just in time for the heat wave in Adelaide, but luckily it only lasted two days!  Got to go, one hot cat to deliver!  Happy quilting, Sue SA.

Postscript: The pattern for the animal heat bags is called Hot Buddies by Millamac - one of my favourite Aussie designers.
at September 05, 2012