But its a nice day outside!

I always feel really guilty when I stay inside sewing and its a really nice day outside.  That's why I like winter, because rarely do I feel guilty of "wasting" a nice day! 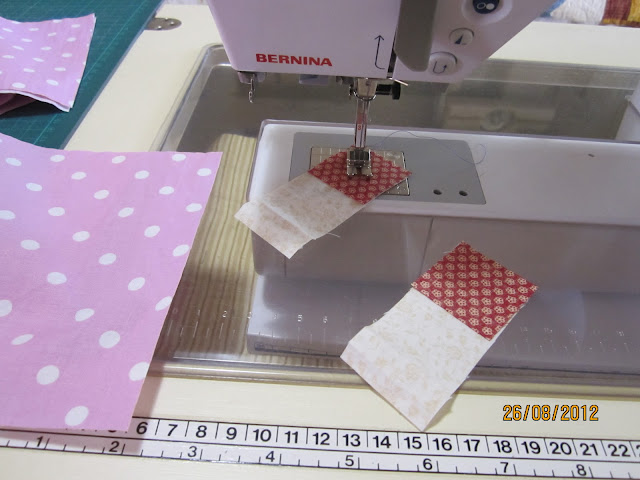 I have finally stopped thinking about leaders and enders and actually prepared some a few weeks ago, after prompting from Lisa - who was prompted by Bonnie Hunters challenge to make 3" finished spool blocks using 1.5" strips.   I actually didn't read Lisa's email properly and later found out she is making her blocks larger, which makes more sense, but it was too late for me as I had already started cutting extra 1.5" strips. 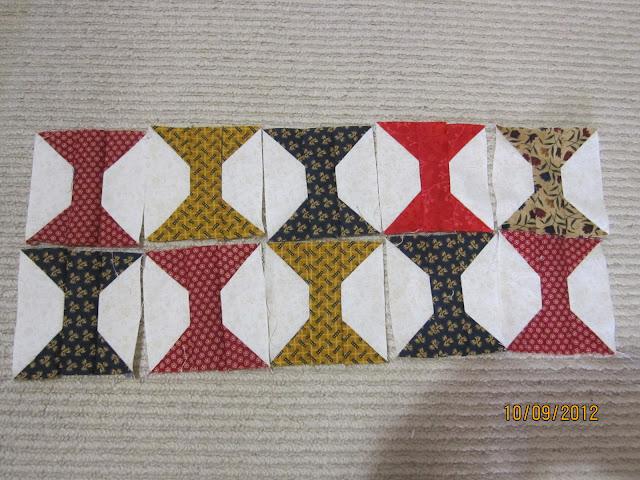 While I had some 1.5" strips already cut, I decided I needed to cut up some more fabric out of my stash that I didn't "love" anymore.  The only problem with this is that you can get heaps of blocks out of one strip (especially if its not a fat quarter but the whole width of fabric), so I have a very limited range of blocks made so far.  I think I might utilise my pre cut strips of scrap when I need to kit the next lot up.  So far I have made 10 blocks.  I did a quick calculation in the shower the other morning (well fogged up shower screens are good for those of us who cannot do multiplication in their heads!) and worked out I needed 144 blocks to make a lap size quilt, give or take.  But later realised that was not true, I would only get 4 rows of 12 blocks which was 36" wide, so to get 12 rows by 12 I need 432 blocks!  Hmmm this might be a long long long term project! 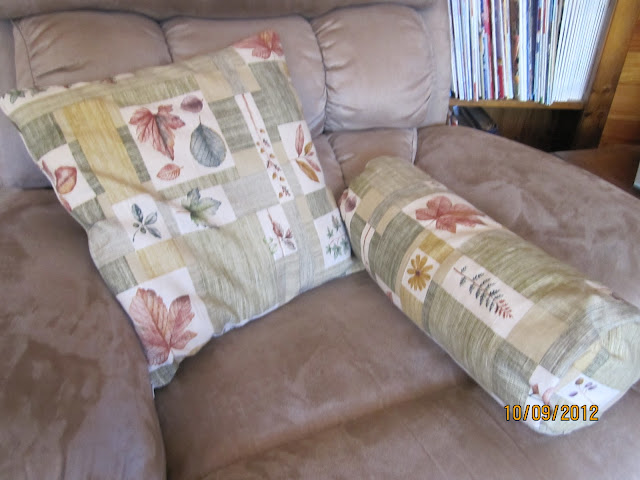 So in order to get more leaders and enders through the machine I whipped up these two cushion's out of furnishing fabric a friend gave me a long time ago.  I love this fabric, for the leaf print and the colours. 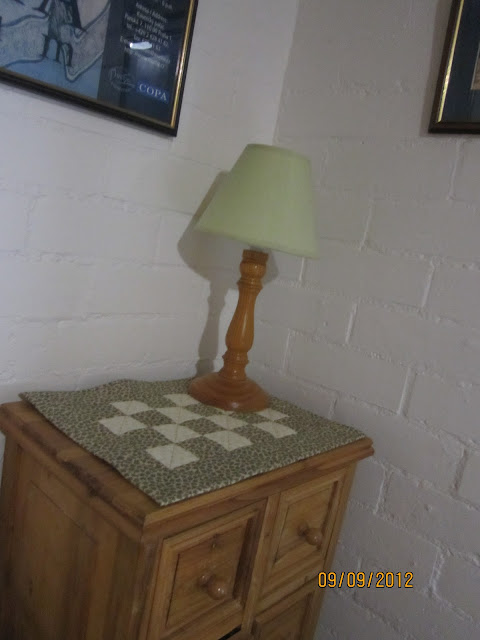 I also made this little four patch table topper to cover my notions draw, which I have moved, so it can now double as a bedside table in my sewing room/guest bedroom.  Green seems to be the theme here at present.  I also fished out an old stitchery and made it up into a cushion front, but need a zip to complete construction and a finished the red nine patch which will also become a cushion cover - once I can get the red backing fabric to stop bleeding - is it salt or vinegar you add to the water?  Another job for today to sort out.  While the sun is shining I am doing lots of washing - but my excuse for being inside is DS2 who isn't well and had us up half the night....perhaps we can both have a nap in the sun later....because it truly is a beautiful spring day outside.  Happy quilting, Sue SA.
at September 10, 2012