In January I made these red and white school house blocks and turned them into a cushion. At a later date I made more blocks, but smaller and all the one tone. And got stuck. 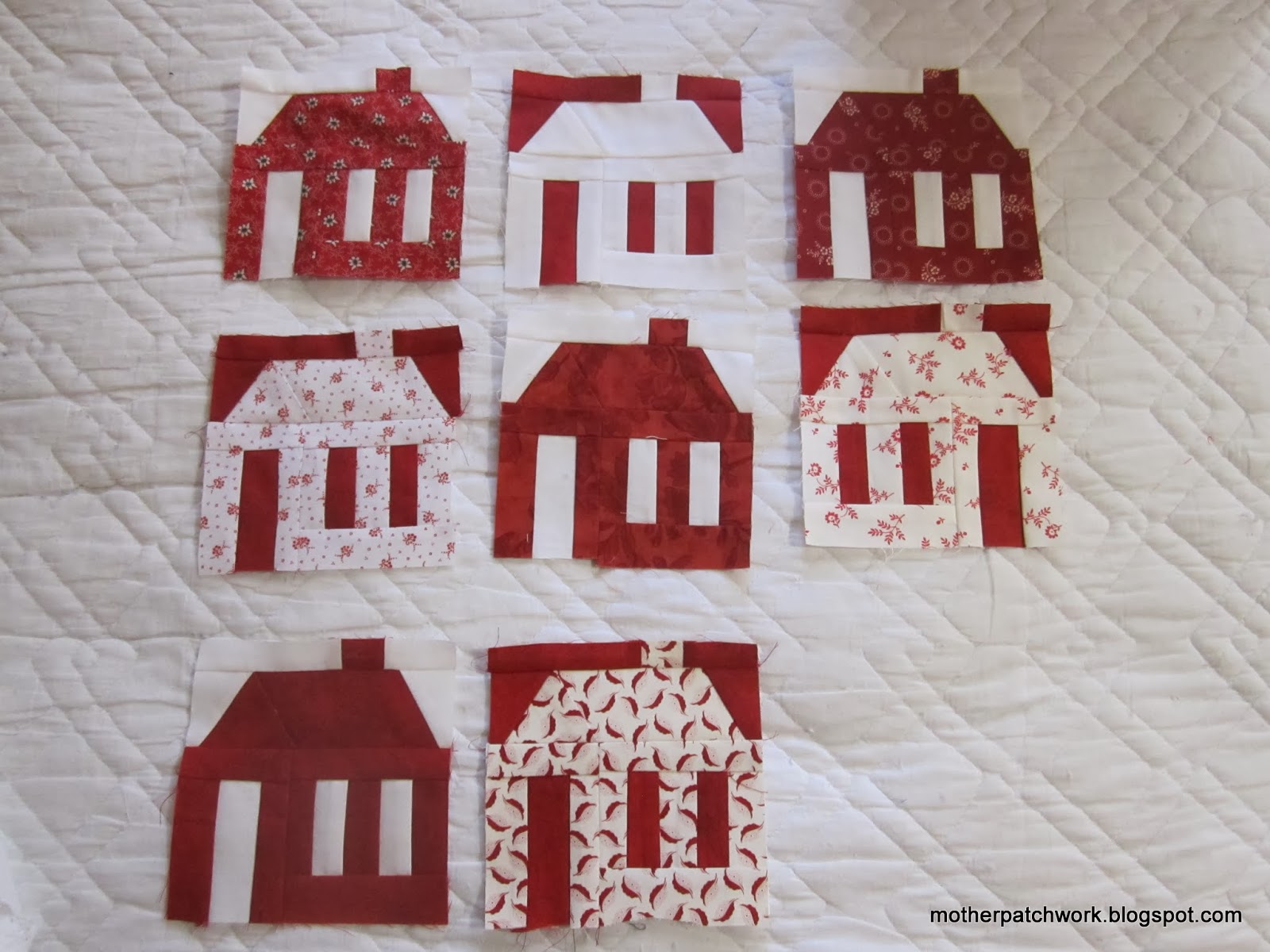 Then I attempted to make them into a wall hanging.  Which I hated. 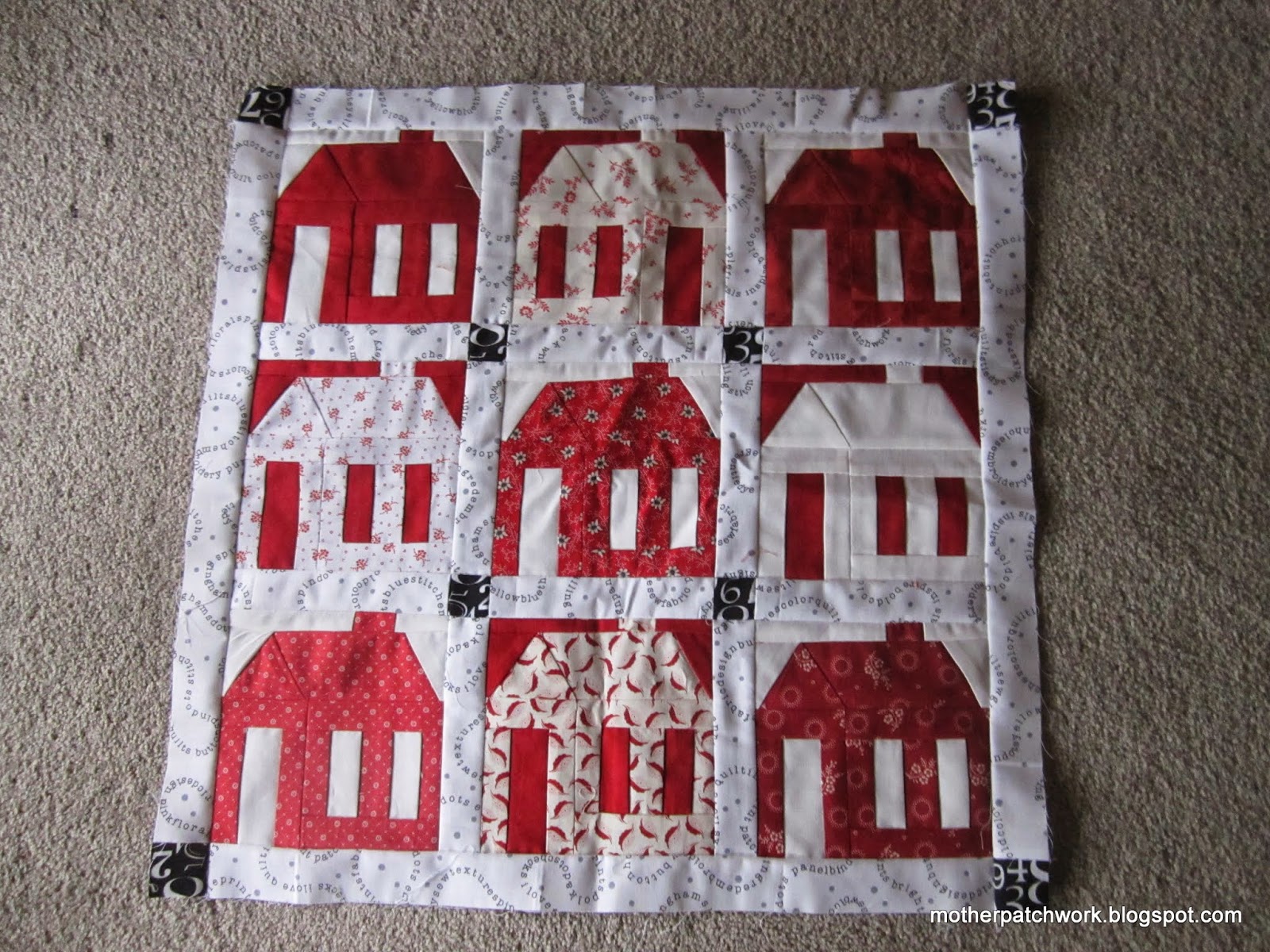 So more recently I have pulled them apart AND have been been considering.... 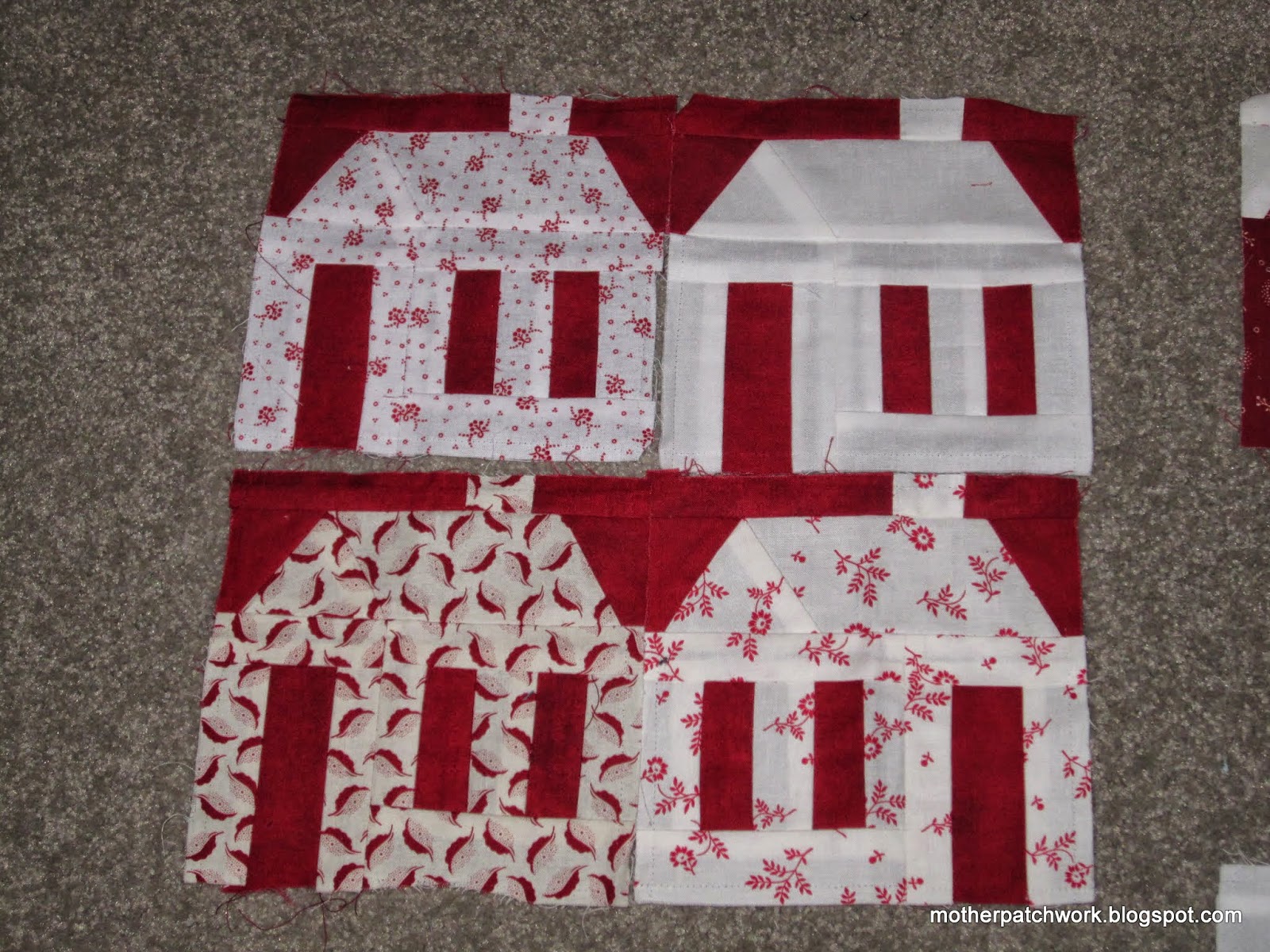 a) another cushion for the four white on red blocks and 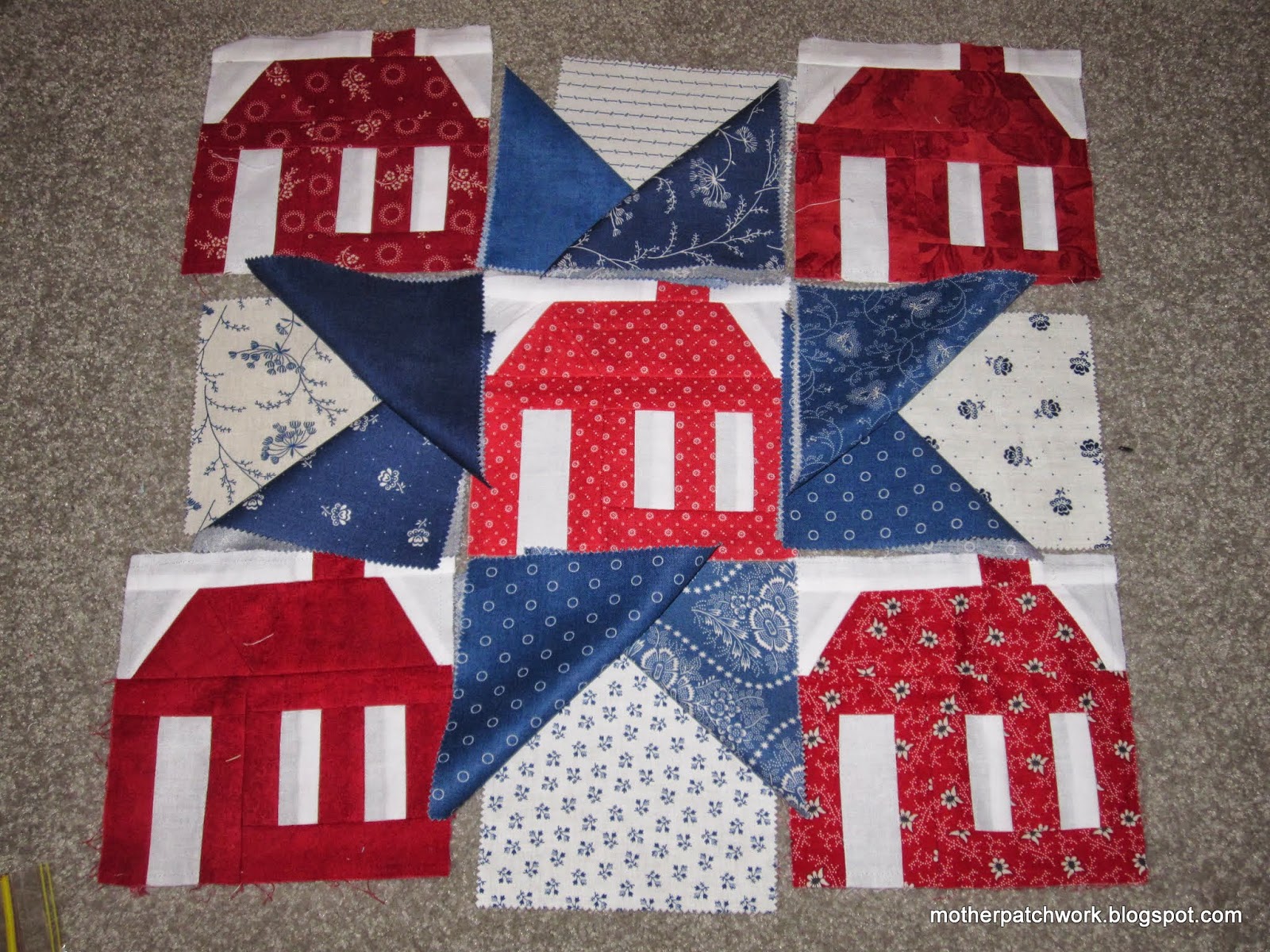 b) a wall hanging with the red on white blocks - with a blue star, or 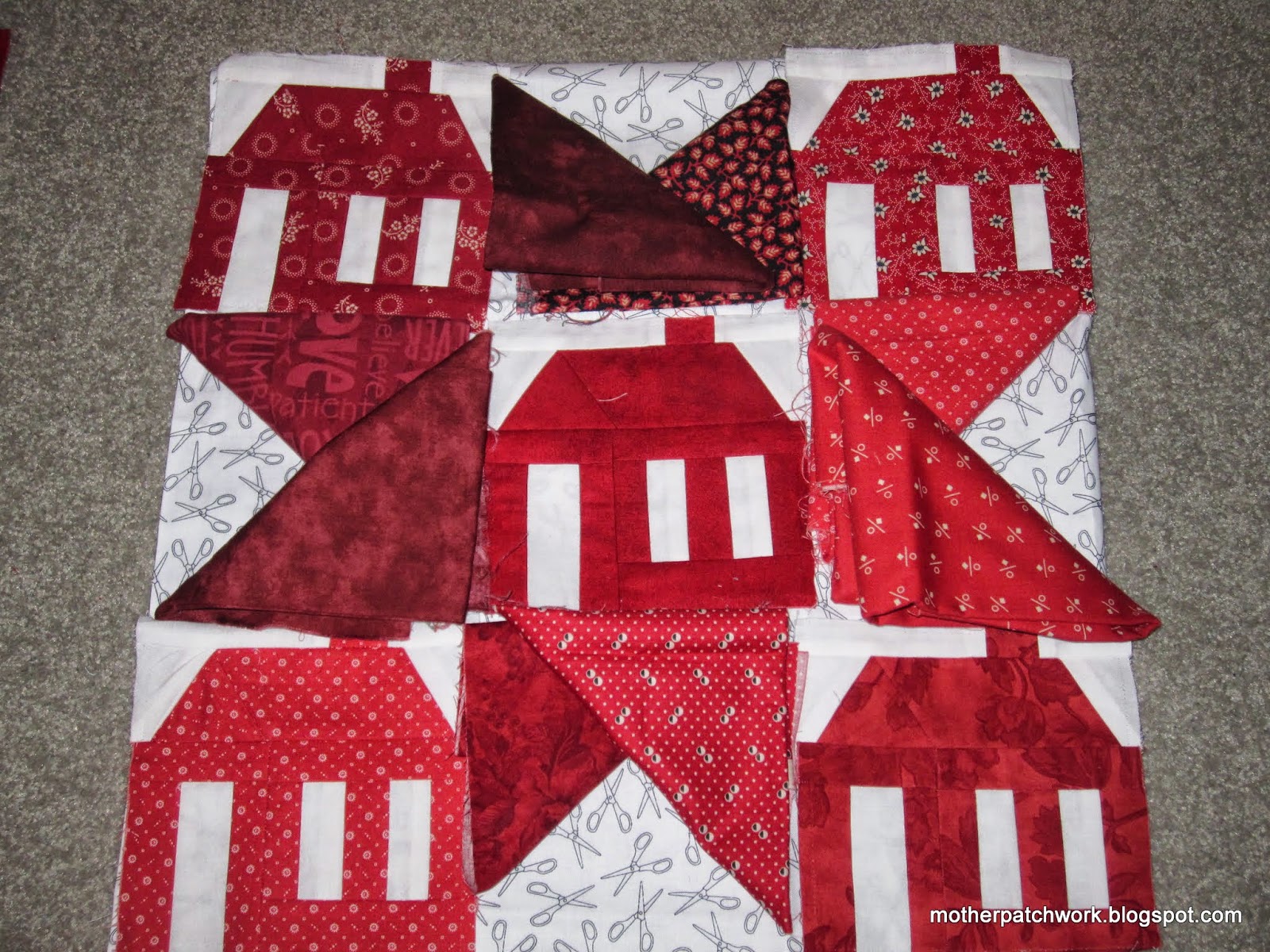 c) a wall hanging with the red on white blocks - and a red star.

The answer seems a bit more obvious to me now...I had been lacking contrast? Sometimes I need a bit of distance from a project o decide which way to go.

Either way I think that once I stitched these blocks up...my love affair with the school house block will be over and I am ready for a new beau.