August All Day Quilting - in the Pink

On Saturday we had All Day Quilting - with a pink theme, to raise money for breast and gynecological cancer research.  We raised $180 and had lots of fun!  There was pink food. 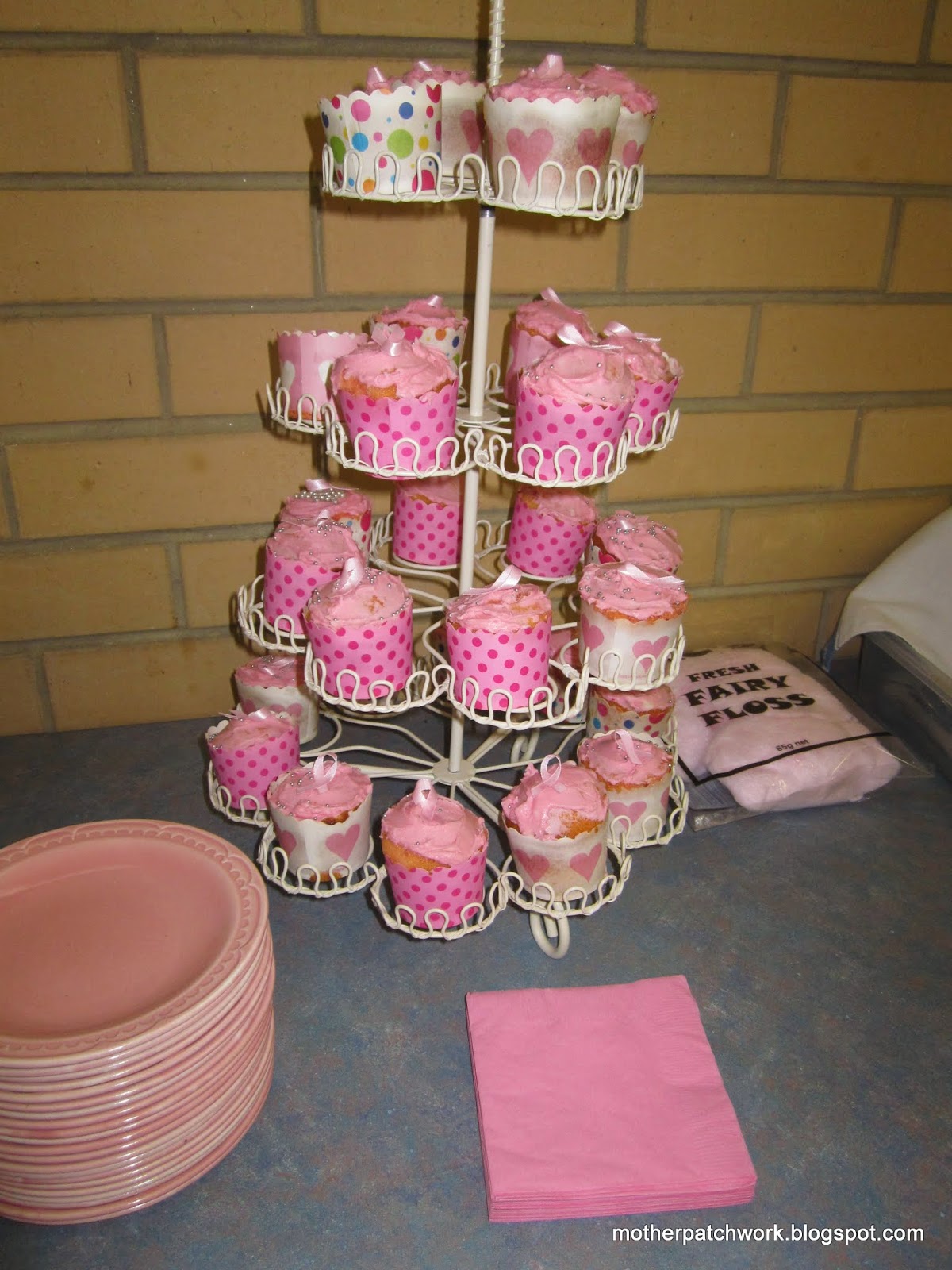 Pink show and tell.  This is Brenda's first quilt she ever made, looks pretty good to me! 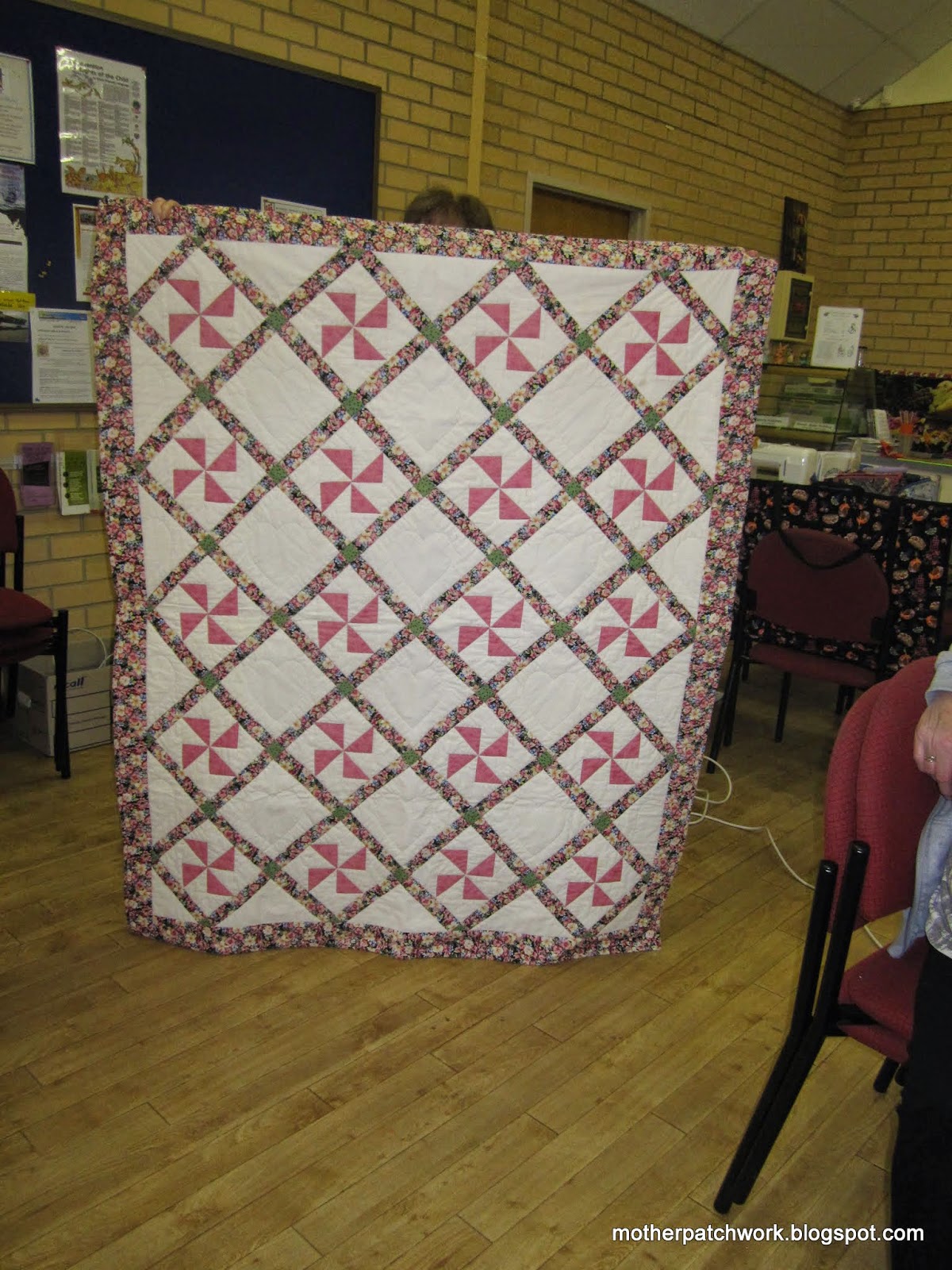 Bronwyn made this quilt, cute isn't it! 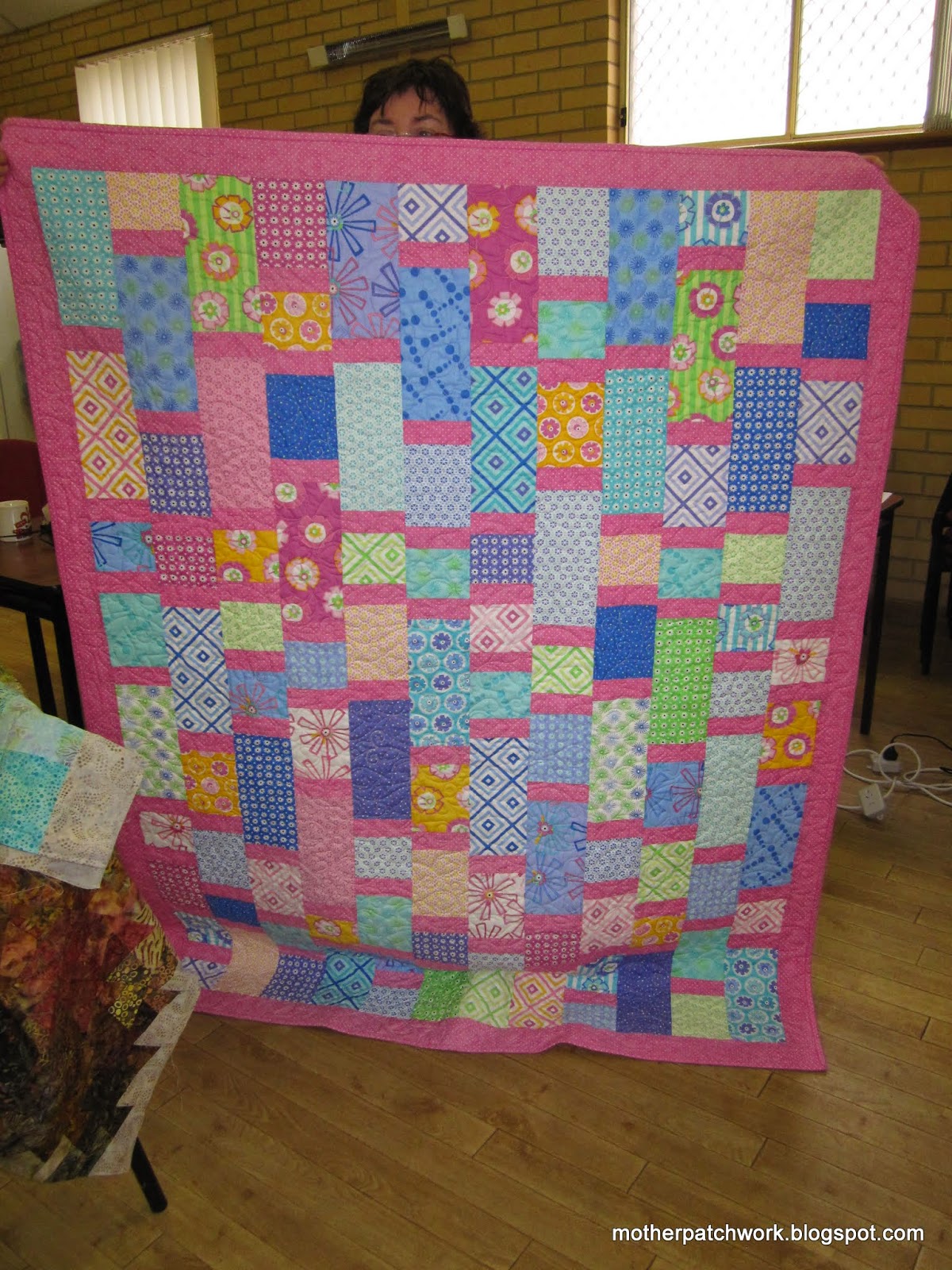 Stacey made this braid quilt. 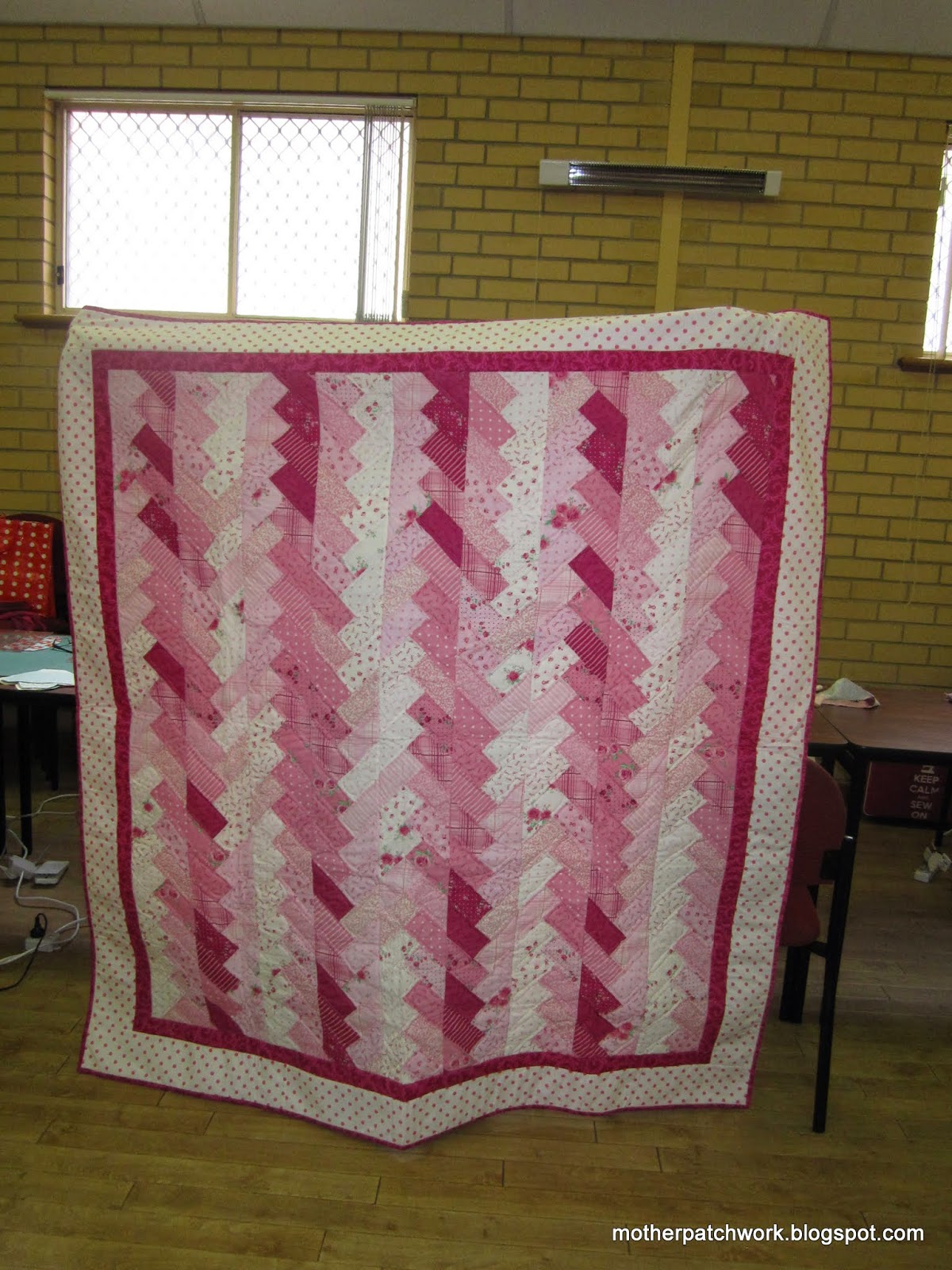 Monique (on left)  was inspired by the quilt that Sam (right) made.  Sam had to borrow this quilt back from her neighbour, whom she had gifted it to.  Wish I lived next door to you Sam! 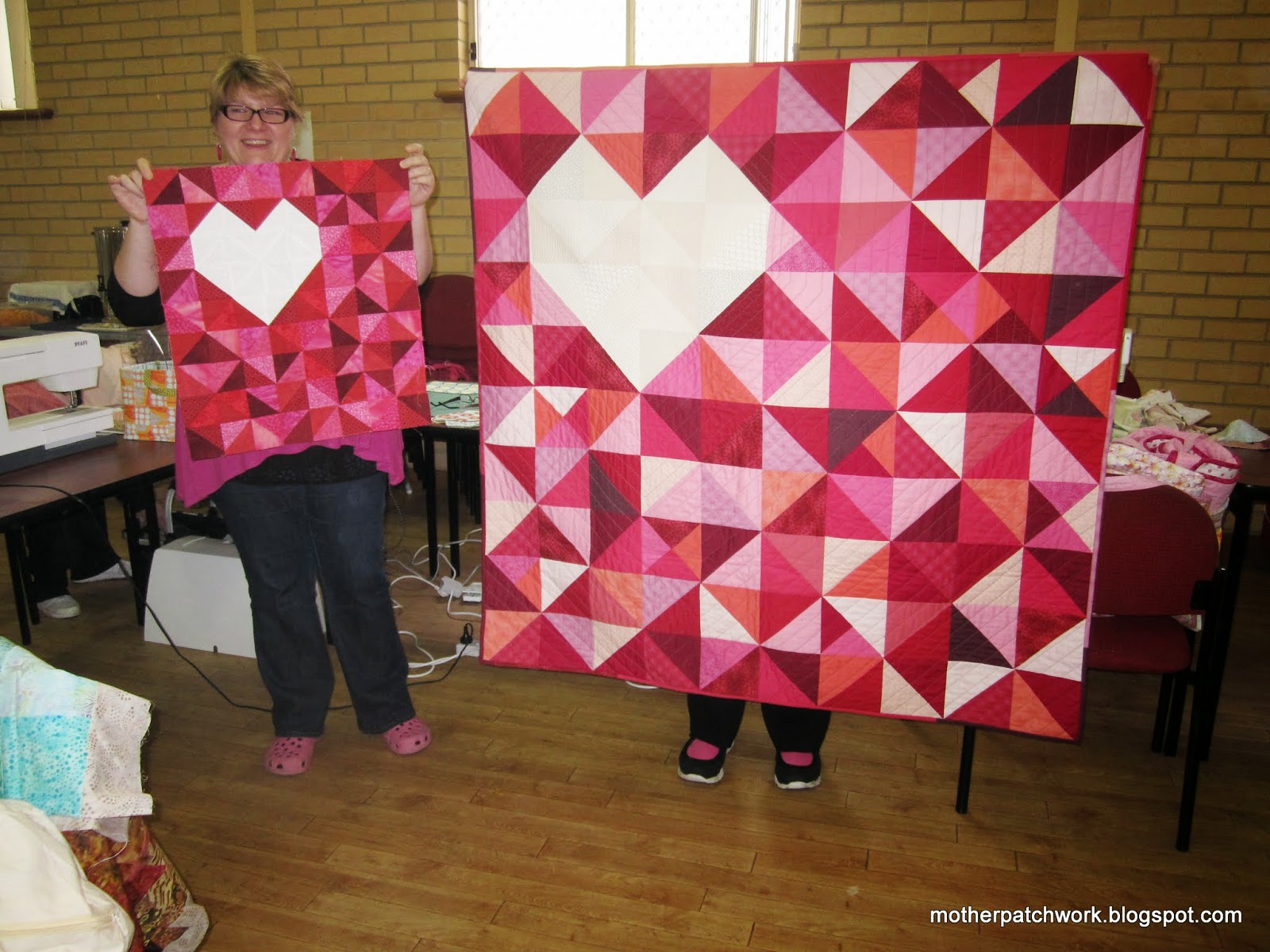 There were pink and non pink projects in progress. 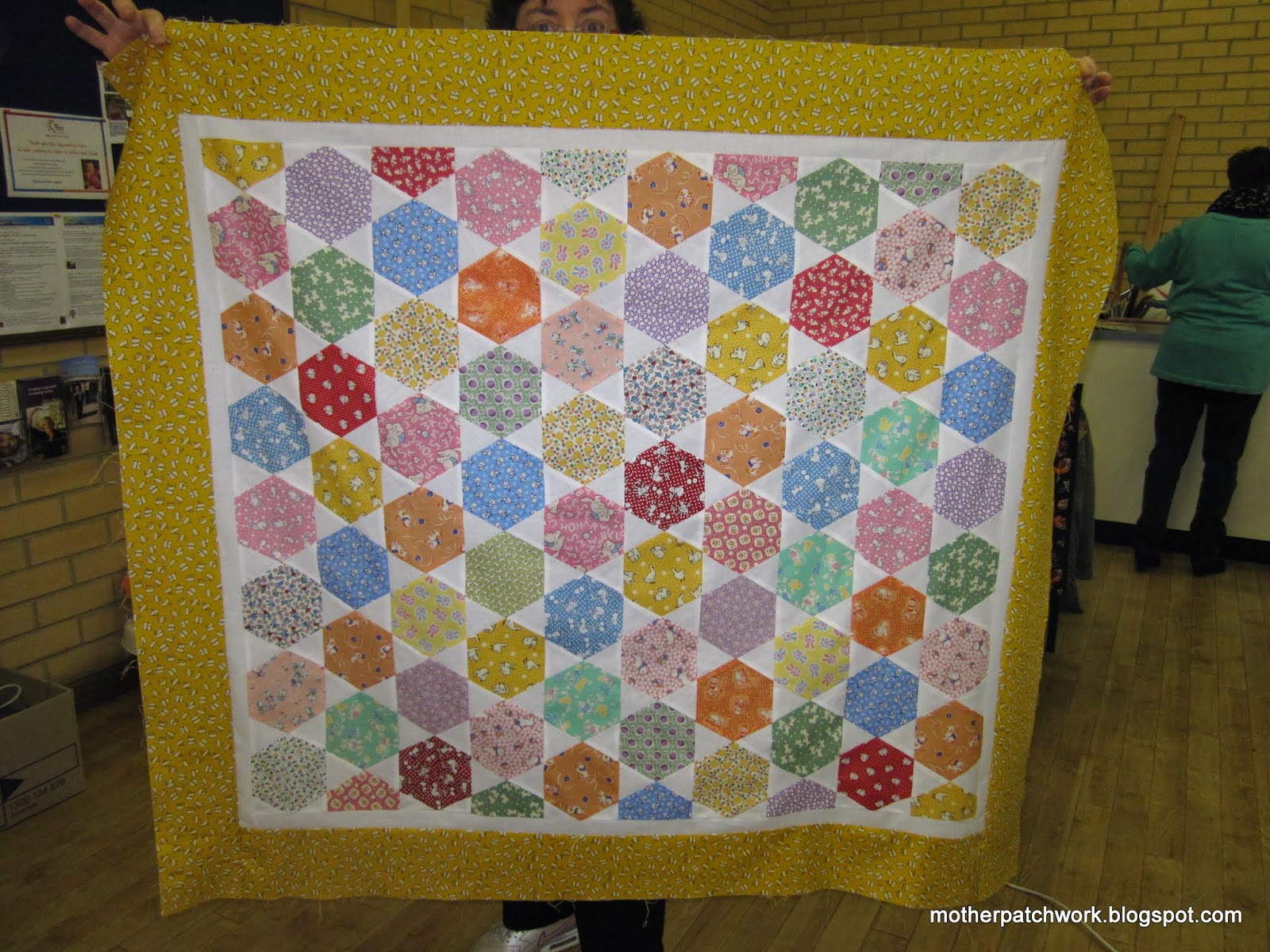 Bronwyn got a yellow border added onto this machine pieced hexi quilt.  I have a new found love for yellow. 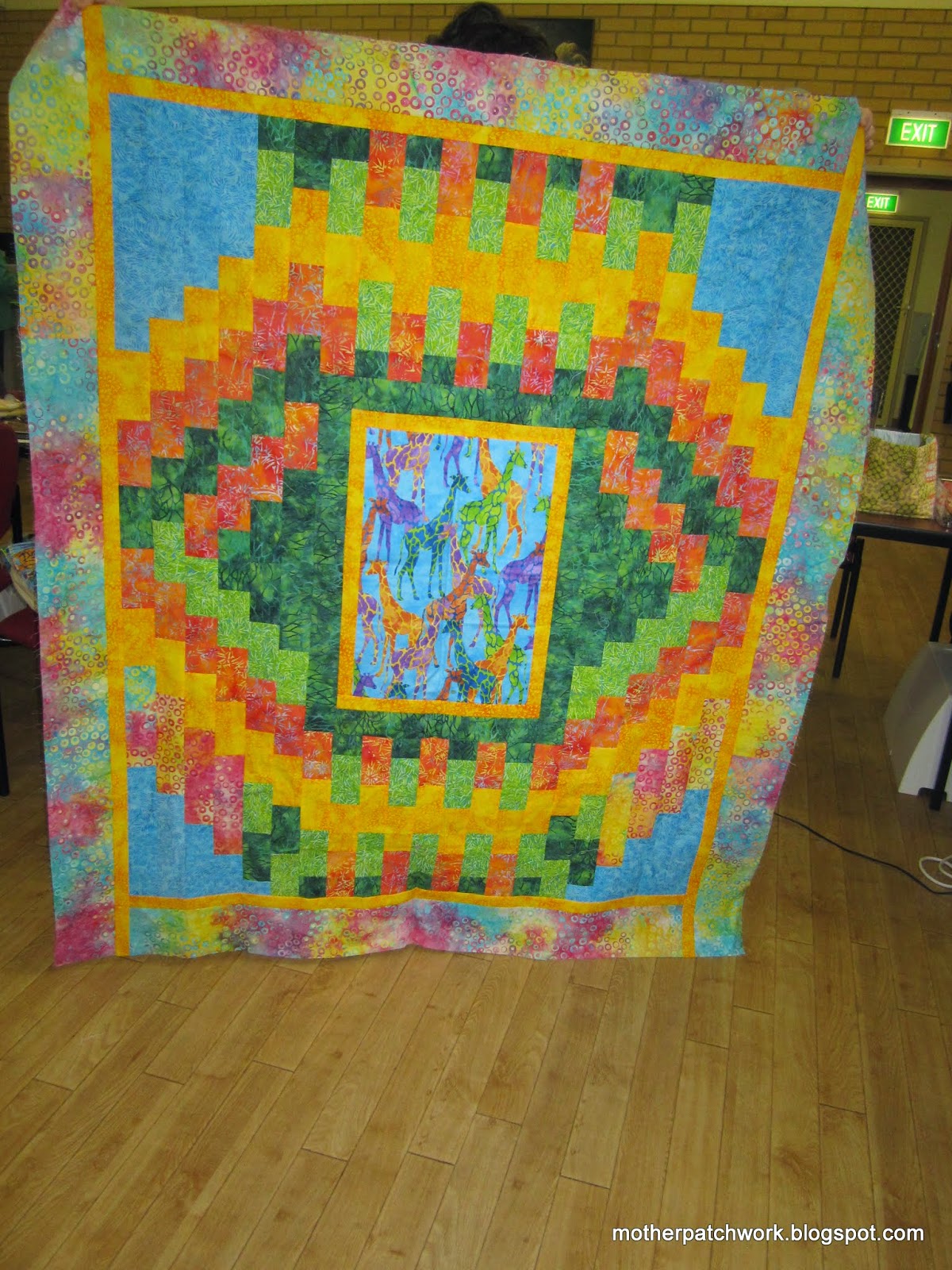 We talked Bronwyn out of a another border for this quilt...got to love those giraffes! 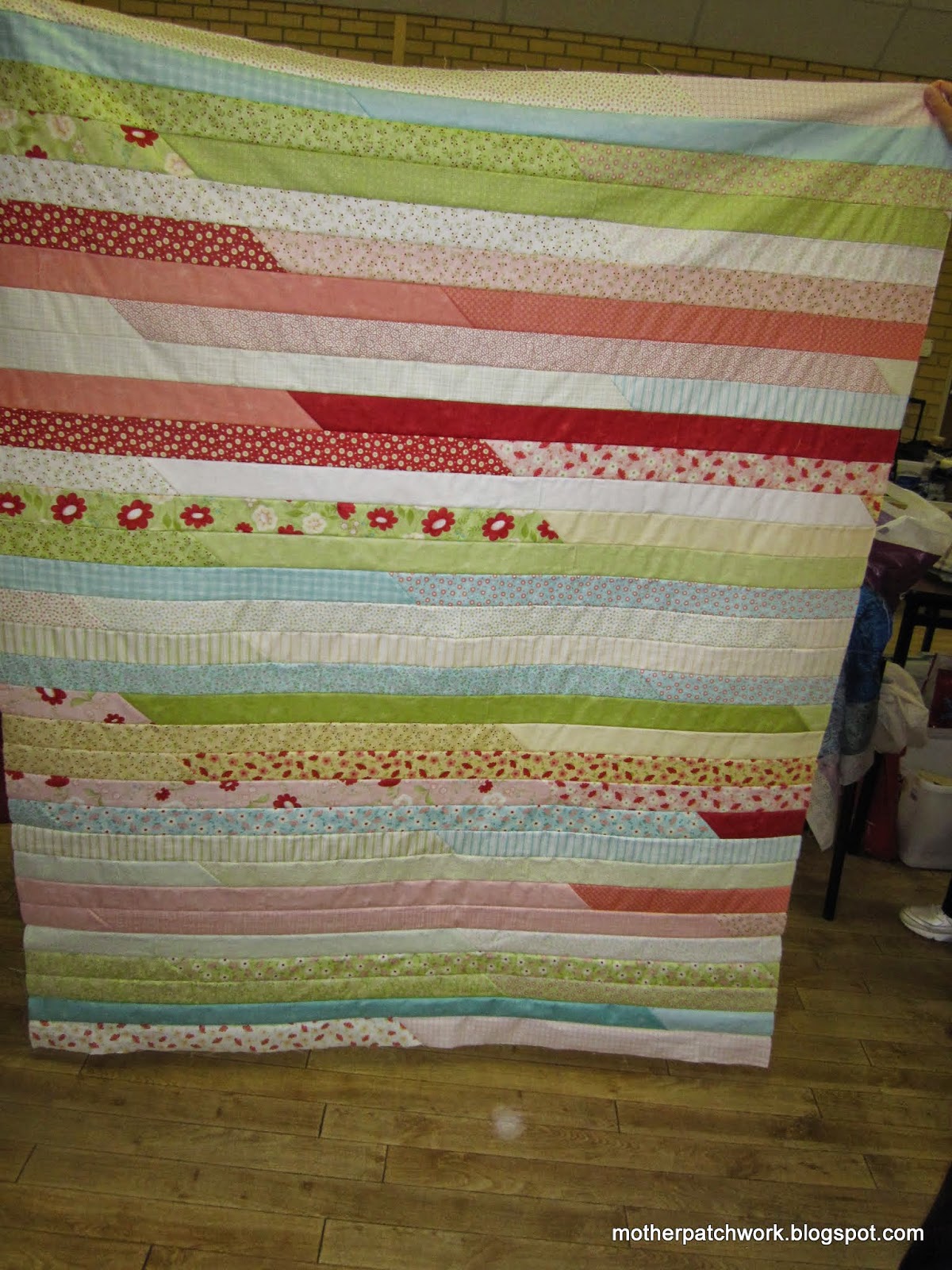 Stacy challenged herself to a jelly roll race and won! 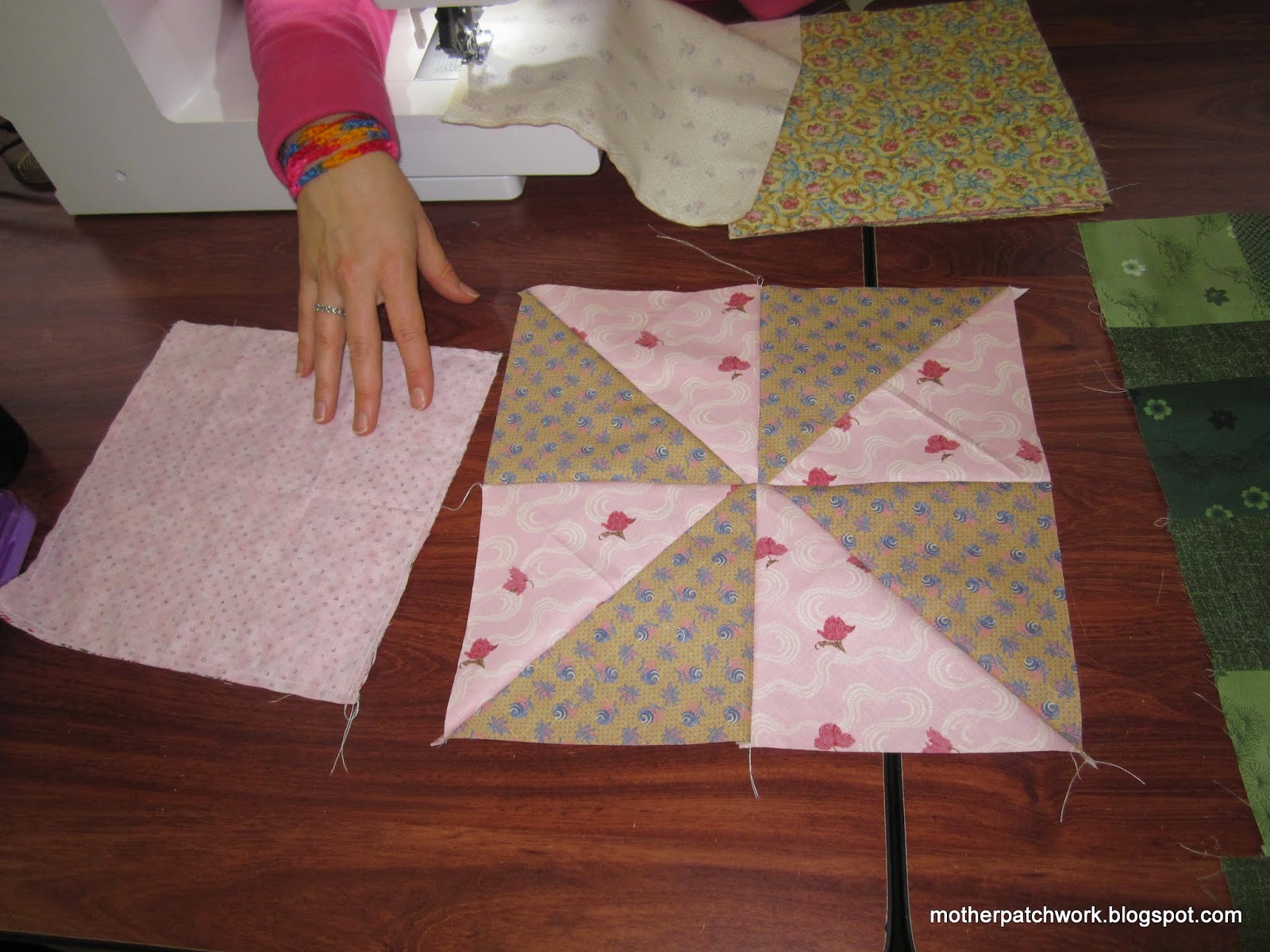 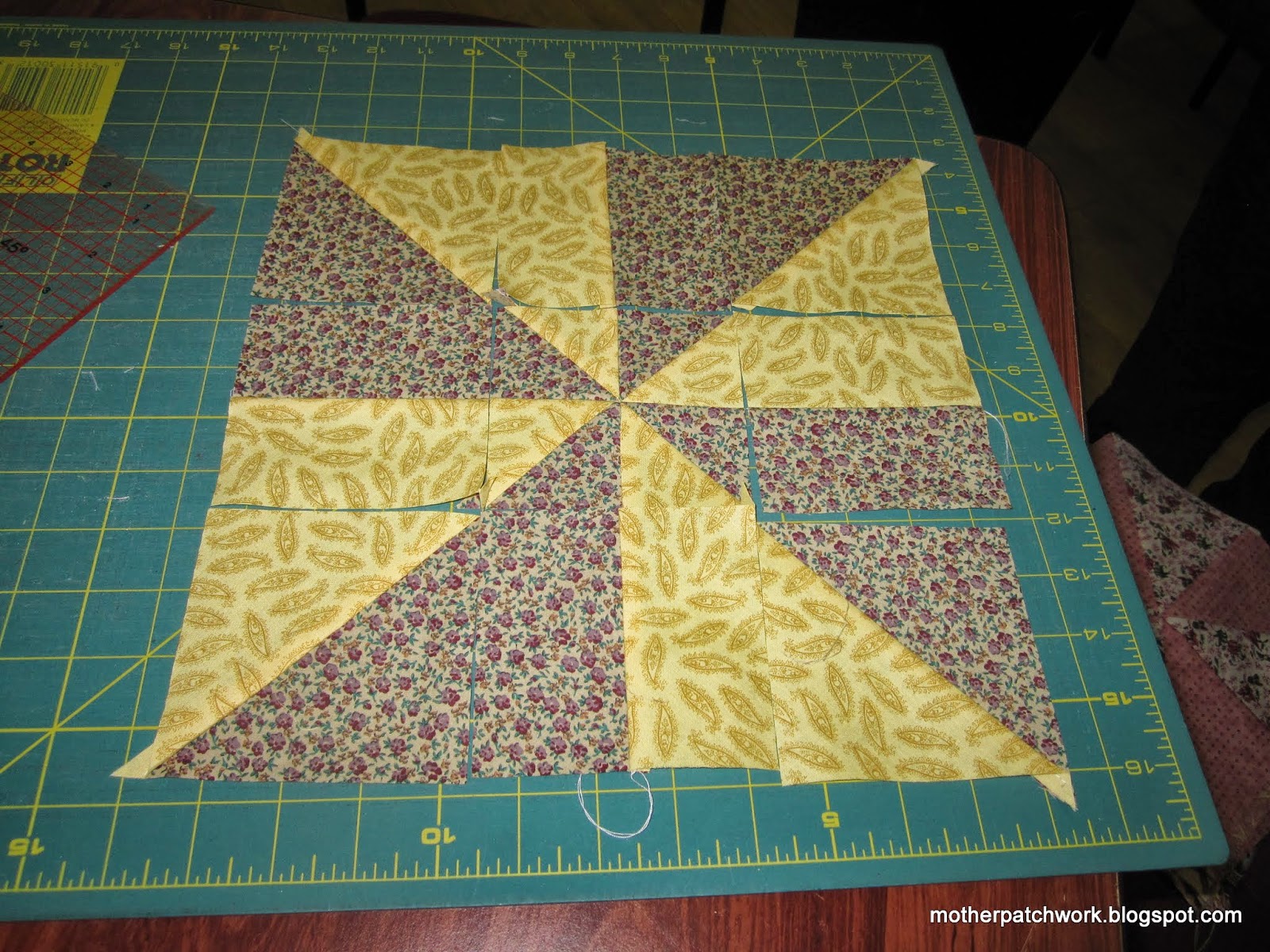 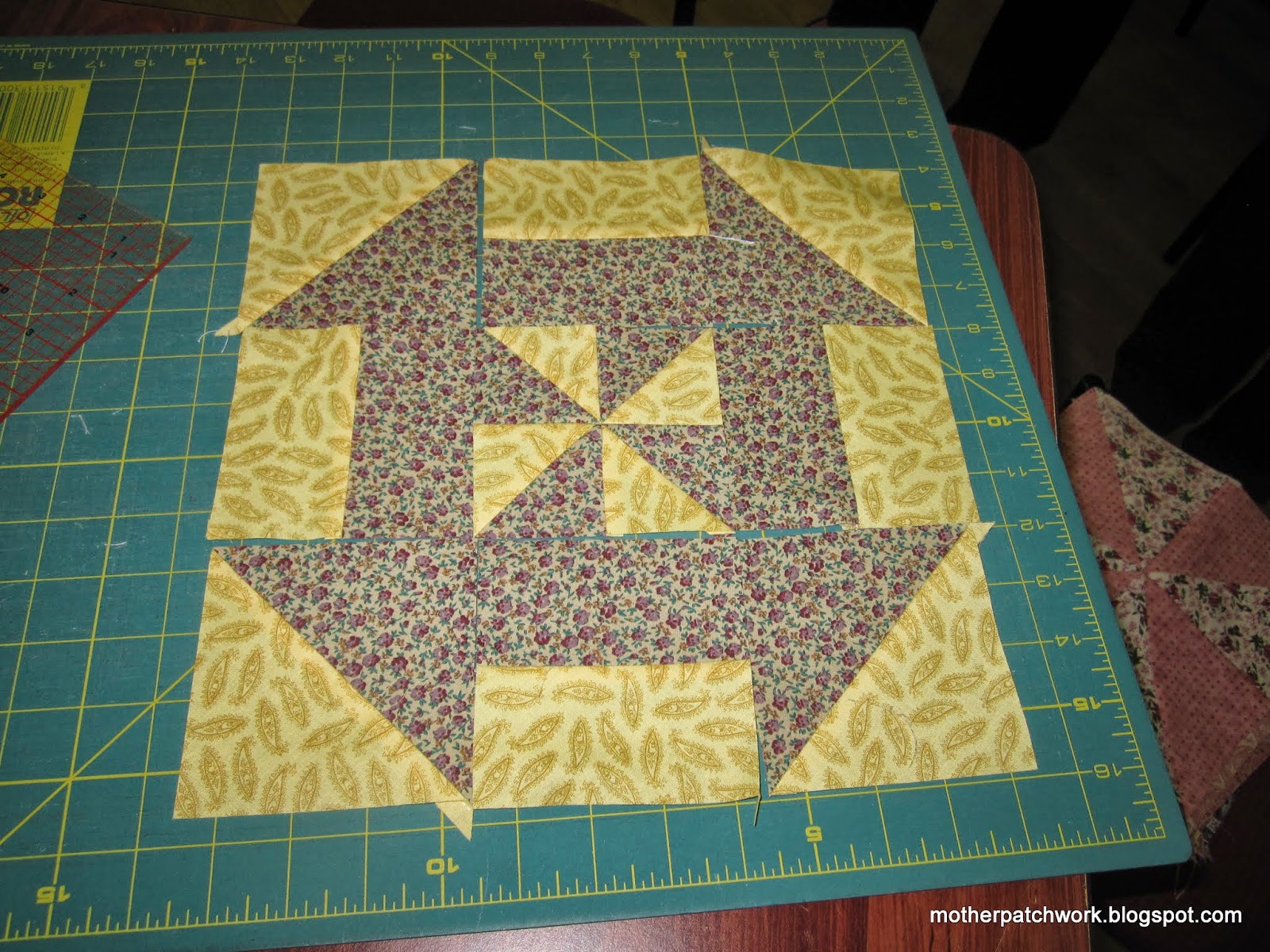 And incidentally won the prize for best dressed - nobody could come close to 8 pink items of clothing! 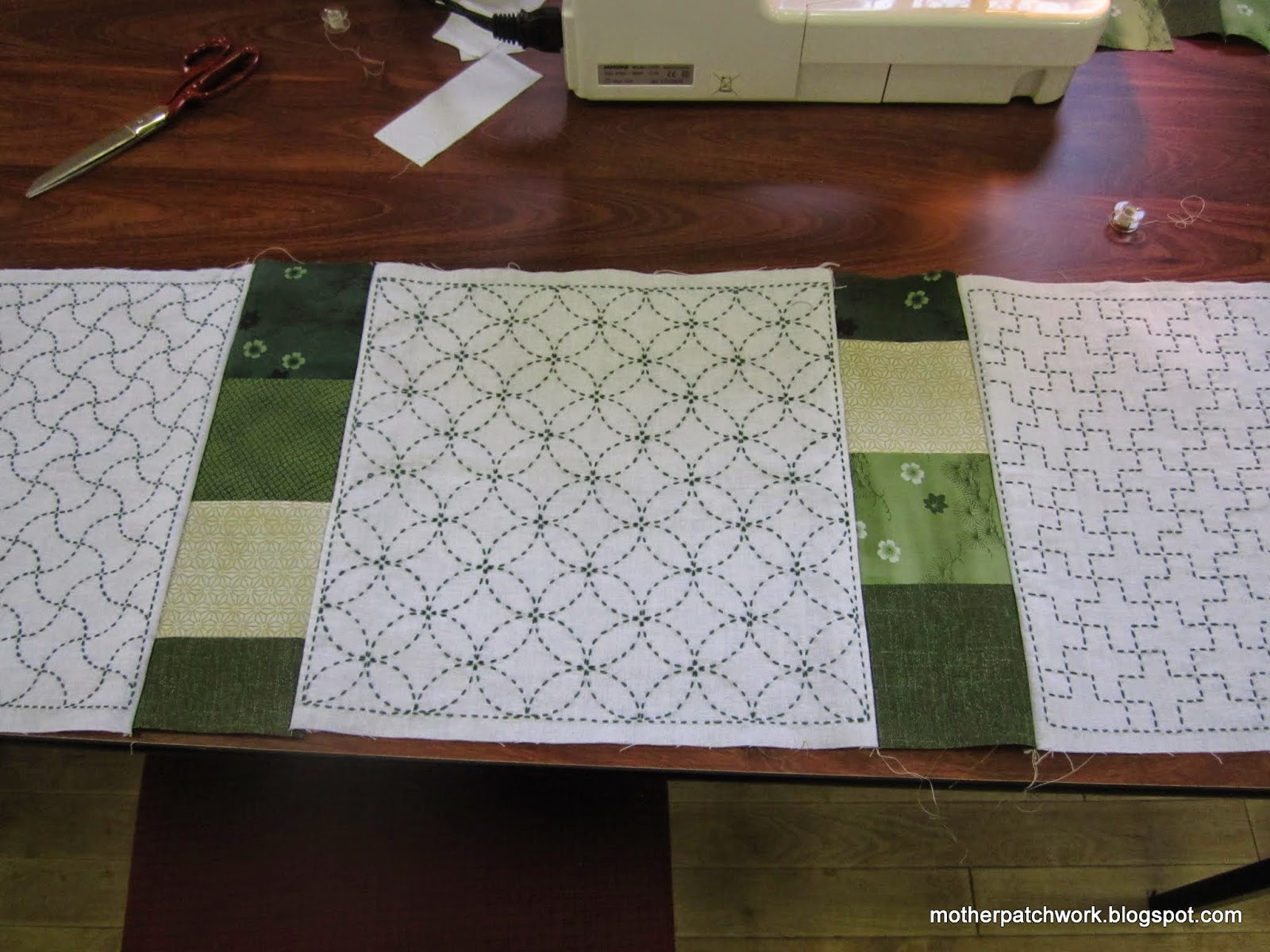 Monique was sewing up her Sashiko stitchery. 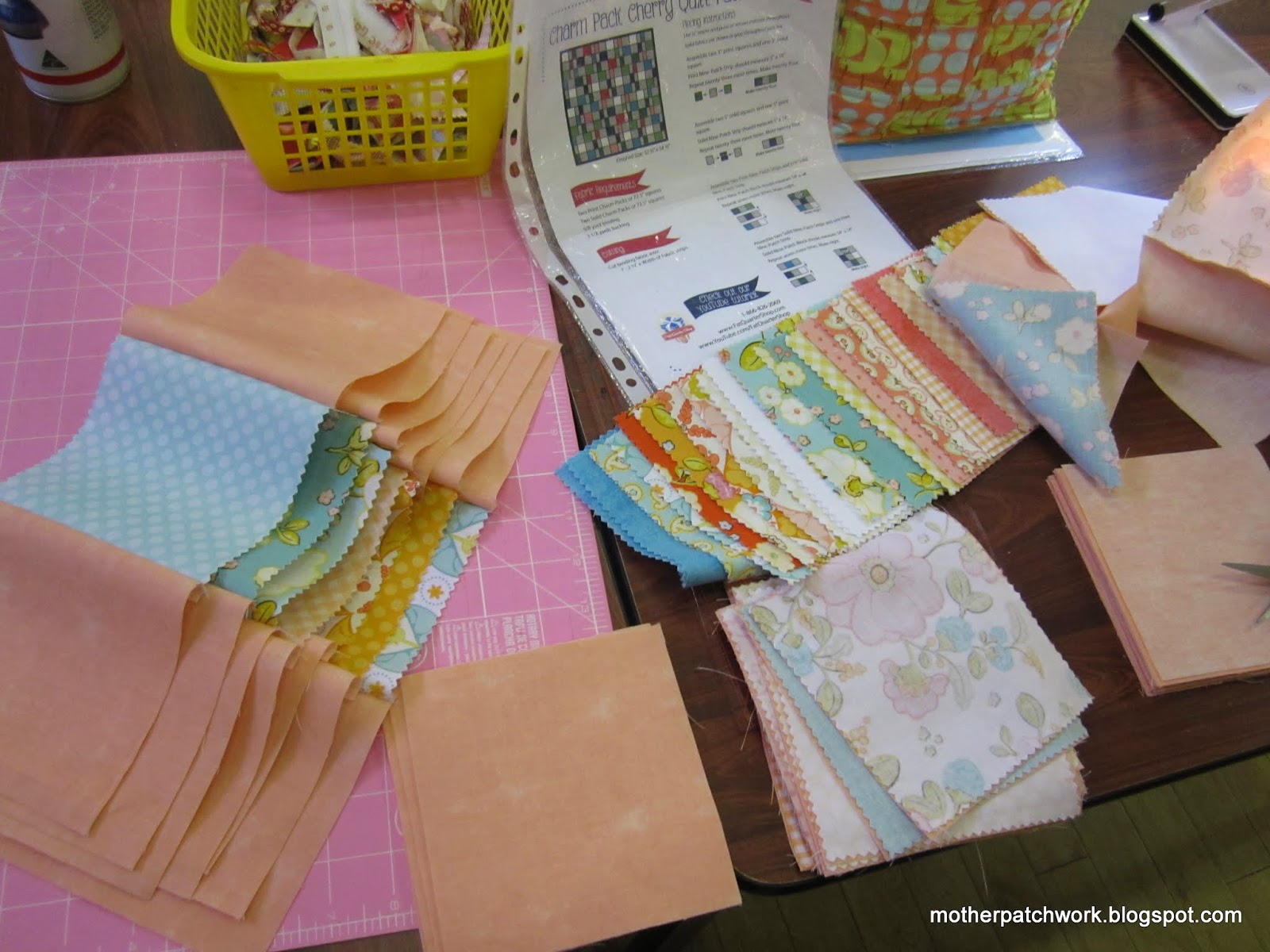 Vicki was making a modern version of 9 patch. 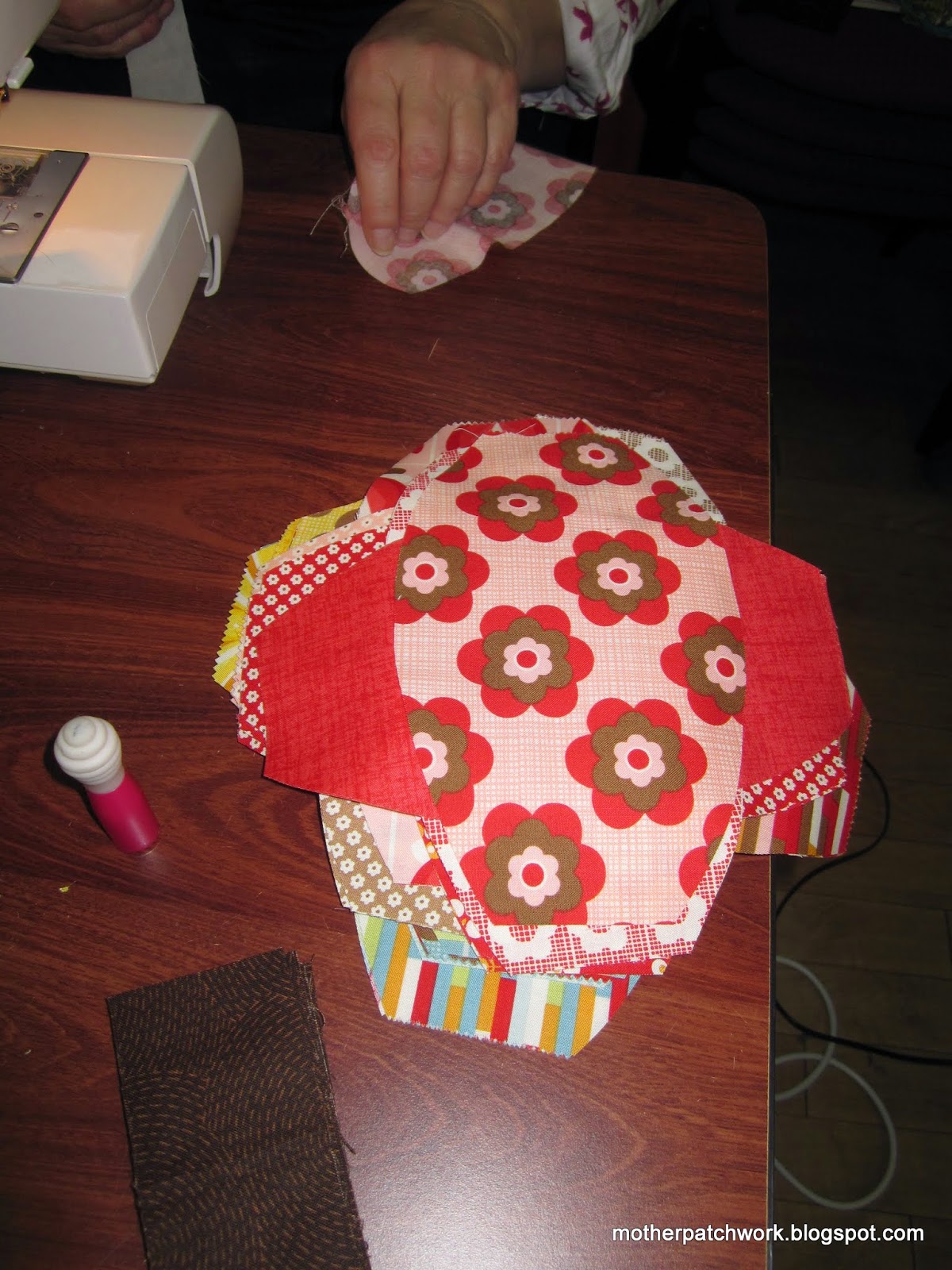 Sam was using her curved ruler....I am going to watch this quilts progress with interest, as I have avoided curves for a long time!  But  Sam said they were "easy", so I could be tempted. 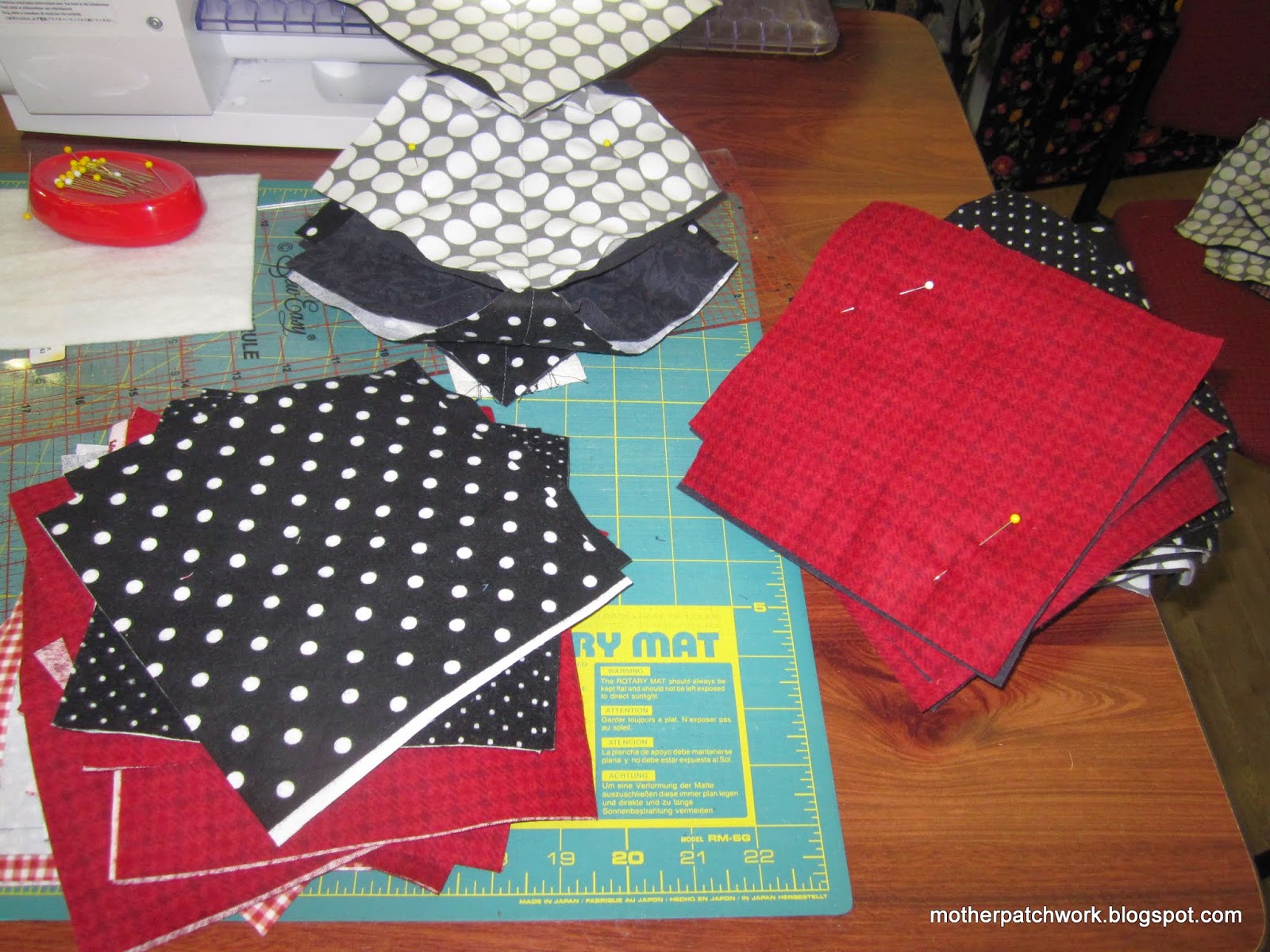 Heather was making a a raggy quilt in red, black/white and grey. 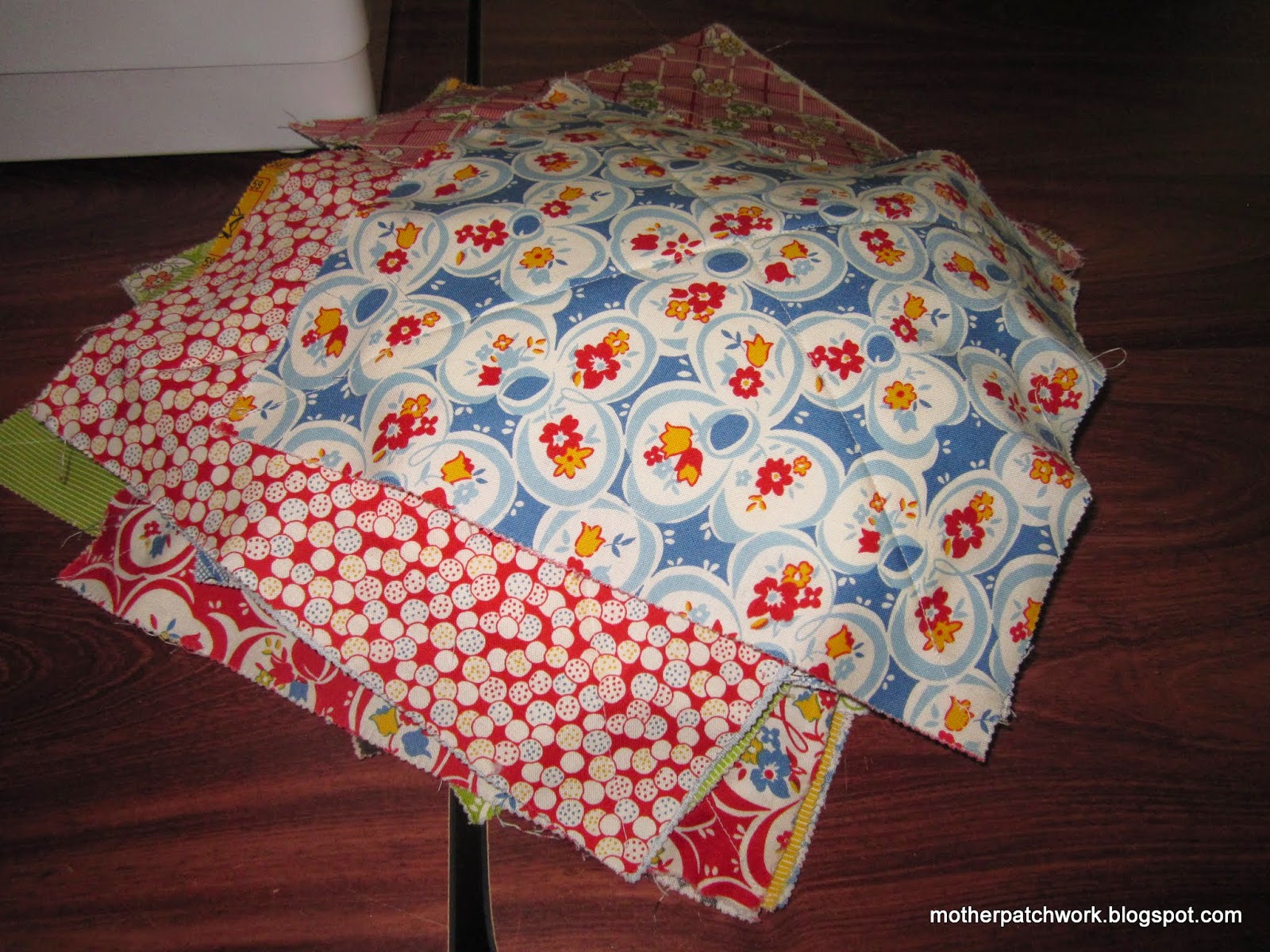 Cathy was repairing a raggy quilt - which belongs to her dog and he loves so much he has chewed a bit.  I think making a quilt just for your dog is a good idea if it stops him chewing the ones for you! 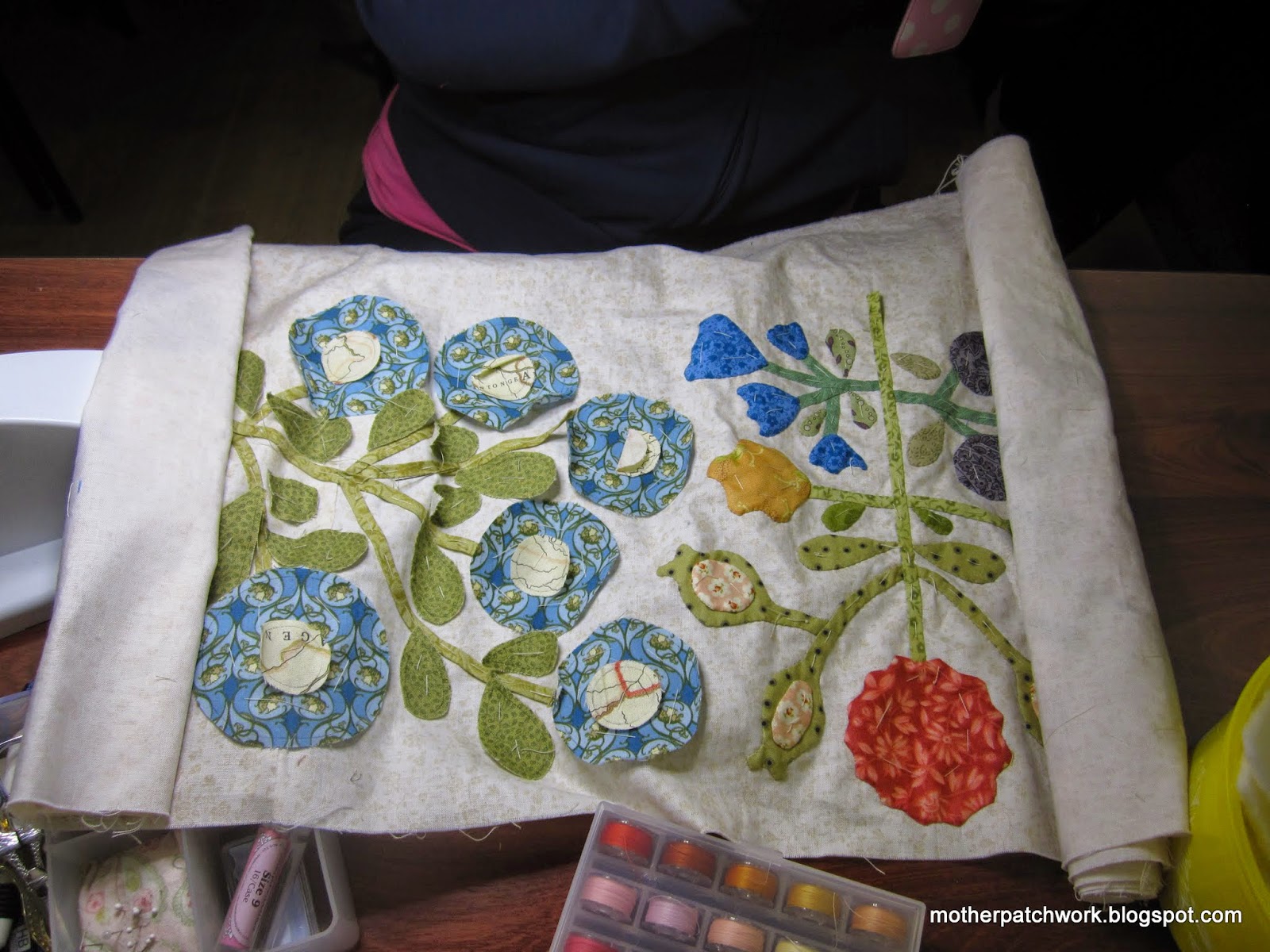 Sue (not me!) was working on her beautiful needle turn applique. 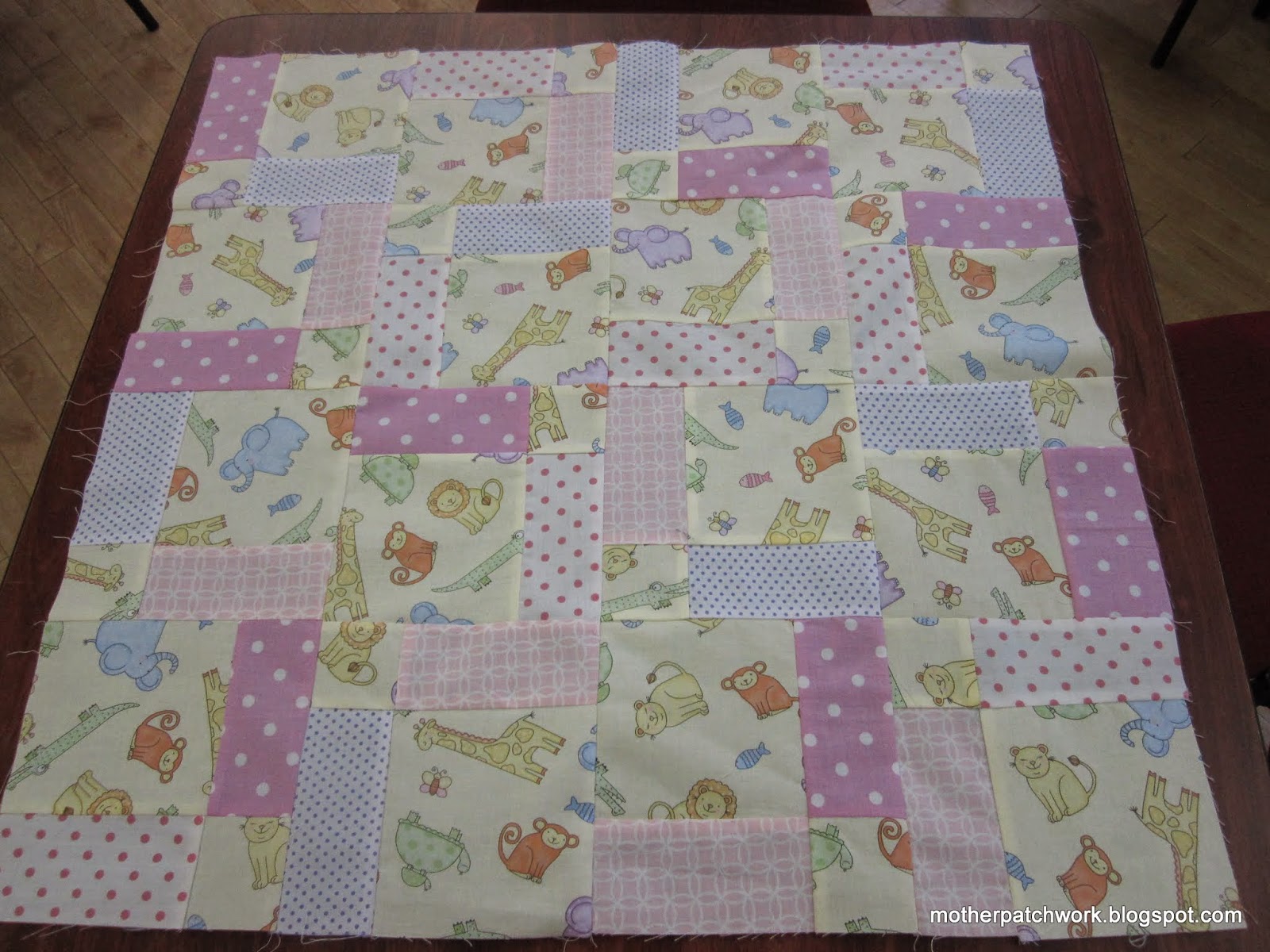 And I was mucking around, playing with disappearing nine patch blocks,  starting new cot quilts with various bits of novelty fabric.  Pretty happy with this, given it was all from the deep stash and made from scraps.
Happy quilting, Sue SA.