Just prior to our holiday I had a mad panic and realised I needed to start joining the QAYG blocks the Grade 1 kids made in Term 2 and 3.  I machine stitched as much as I could and then started hand sewing down the miles of binding.  The QAYG method was perfect to use with 6 and 7 year old kids, as they just had to sew straight lines....some were straighter then others!  I used applique glue to secure the backings to the wadding, so there were no pins.  I didn't fuss about thread colour but I did make the kids measure that the string was long enough to cover the block. 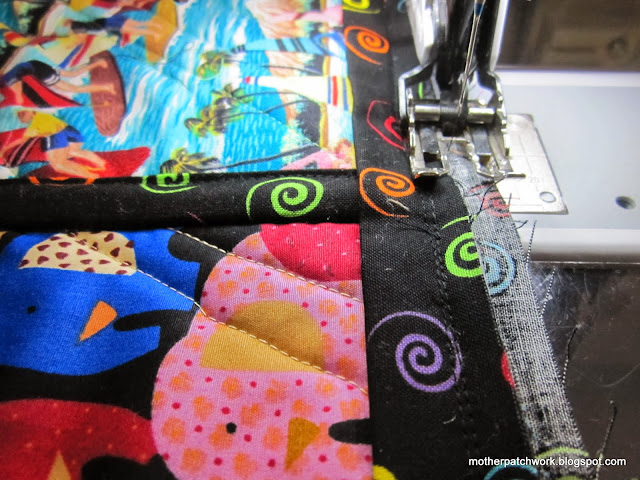 I used the same print I had used for my son's QAYG rainbow quilt, as I thought the bright colours on a black background would help tie all together.  Now I am not sure it matters as the repeated use of the same scraps helps.  It was interesting to see the variety of colours and prints the kids were drawn to.  The girls were definitely mad for pink and purple....as the mother of two boys it was a miracle that I had sufficient! 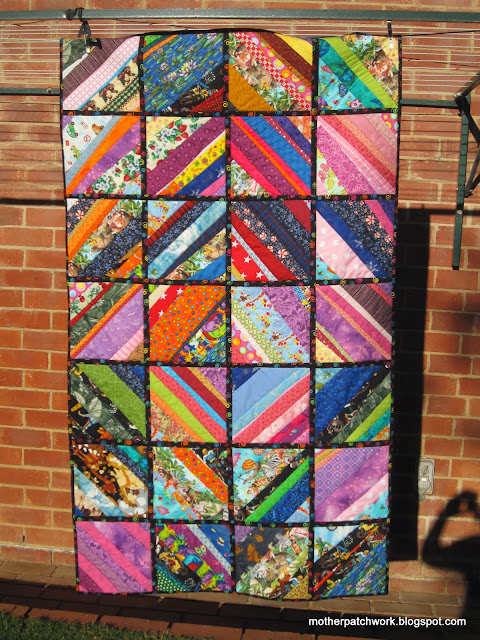 The kids voted on this setting, but I was a bit sad that I didn't have one extra block to make it a row wider rather then longer.  Each child got to pick a background of their choice and all the strings they used on the front.  All the wadding (great way to use up left overs) and fabric came out of my stash and string bag, except for the binding strips.  I showed it to the class yesterday and the kids and their teacher loved it! 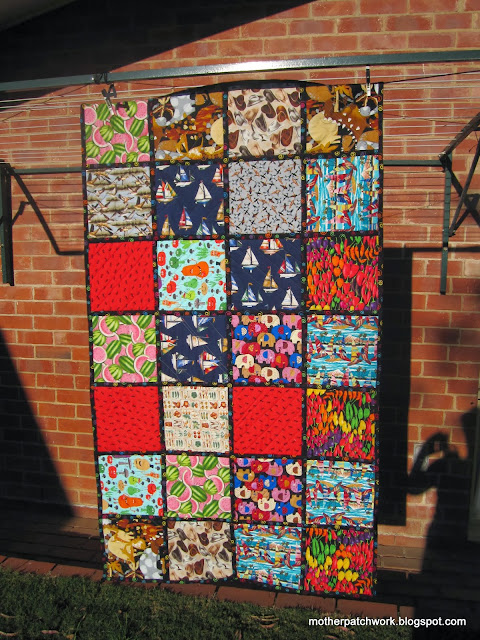 The teacher was especially excited when she realised that it was two sided quilt.  When I was joining the blocks I tried to make sure that the same fabrics were not touching, but I didn't worry about which way they faced.  I just have to add a label and its done.  The kids are voting on a charity to donate the quilt to, after it is shown at assembly and the schools Art show next weekend.


I don't think I would make a good quilt teacher of adults, but I would certainly be prepared to teach the kids again, it was fun.
Happy quilting Sue SA.
at November 01, 2013