A dog, pot holders and baskets 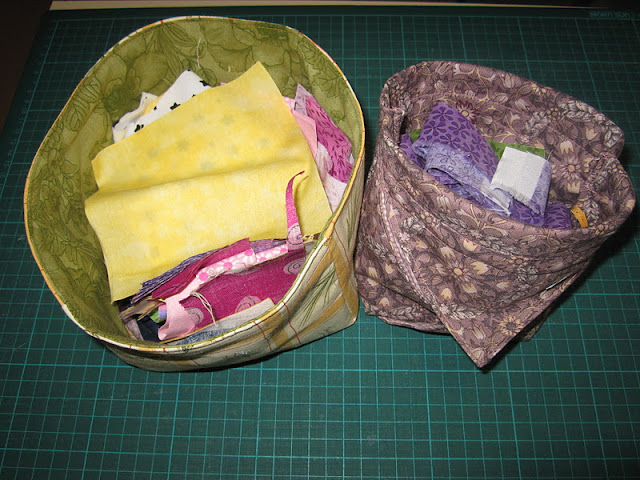 Before Christmas I made a couple of the fabric baskets.  The one on the left was made using the free tutorial from The Sometimes Crafter which worked really well.  The purple "basket" on the left was made from a free pattern for a origami bag that I picked up at Spotlight...it was a tad confusing and didn't work well enough to put the cord in to make it a draw string bag, but it works as a basket :-).  I am using these to sort my off cuts.  The idea is to encourage myself to cut left over fabric up into set sizes; 1.5", 2.5" and 3.5" strips and squares. 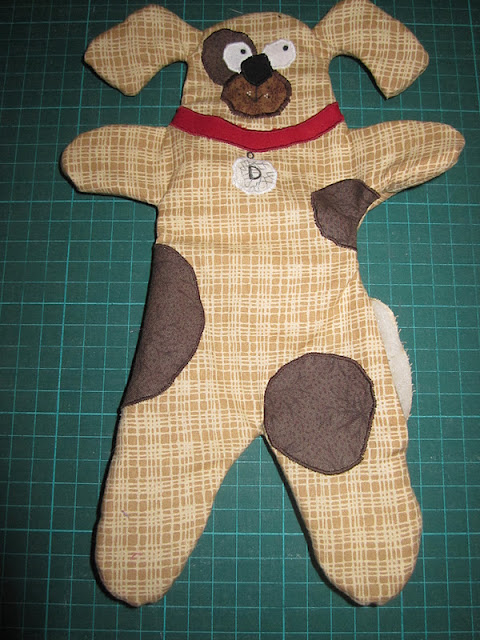 I also succumbed to another "new" pattern that was begging to be made.  This dog is an unstuffed wheat bag from the pattern "Hot Buddies" by Millamac. I am a big fan of her work (although I skip the button hole stitch for satin stitch) and there is also a rabbit, bear and cat in the pattern, which I hope to make this summer.  The dogs ears required some patience when turning through, but otherwise it was a quick and easy pattern, perfect gift if a) it wasn't summer and b) DS1 hadn't already decided it was his and c) that Mum could whip up another one for his little brother!  My brothers supplied the wheat while we were at the farm over Christmas, so now I just have to fill up the dog and start stitching the rest of the gang! 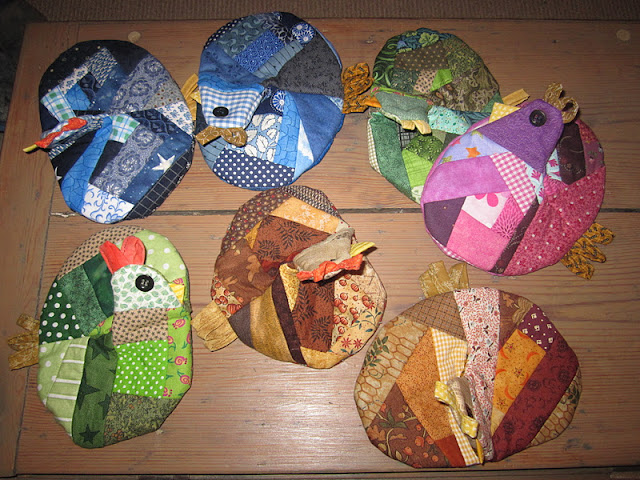 These are the pot holders I had made as gifts.  I didn't have specific people in mind, but handed them out to family and friends as we visited.  I have seen a few pot holders that are an improvement on this design (you slip you hand into the back of them) and I would like to experiment to see if I could come up with my own idea.  I don't know where this chook pot holder originated, but I have brought two from two different craft markets, each slightly different.  So I just copied the idea, with a few alterations, apologies to the original designer.

PS.This post has taken me over an hour (because of the photos) and prior to that it took another hour to attempt a post on my pink and yellow quilt, but the final photo wouldn't work - so its still in drafts.  I promise to try and post again later in the day (or at worst early tomorrow morning), hopefully when blogger isn't so slow attaching the photos.
at January 04, 2012