Two new cushions and a mini that became a cushion

I just launched into a week of starting new projects with no rhyme or reason! 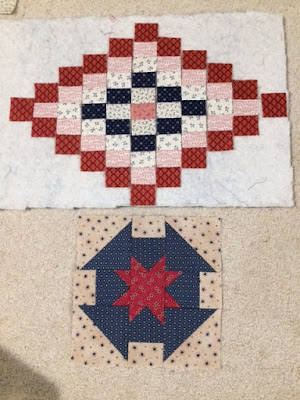 The bottom block is a Kim Diehl pattern from her book Simple Graces, and featured on the front cover as a quilt.  The book includes a pattern to make the block into a cushion cover and I justified the new start by telling myself it was better then making a test block which would never be used for anything. Plus I would have more cushions for the couch....because six cushions is not enough, right?! 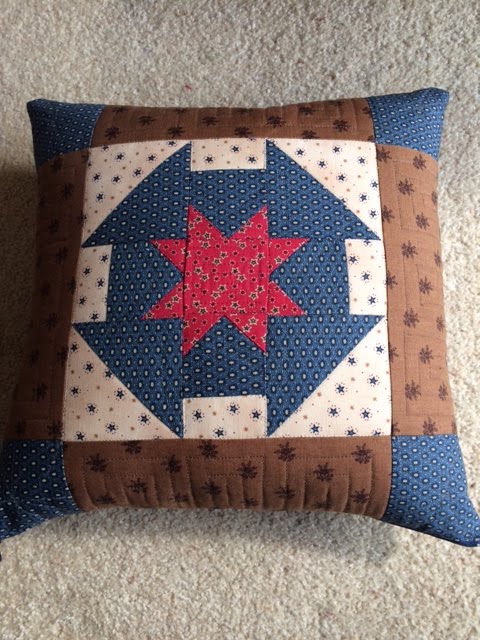 I was able to use up some of the cushion inserts sitting in the cupboard and the zips I have purchased randomly...not sure why but I do that!  I also pieced the wadding scraps to quilt the top and did some new to me quilting patterns using my new walking foot - on the brown border I did a square spiral. 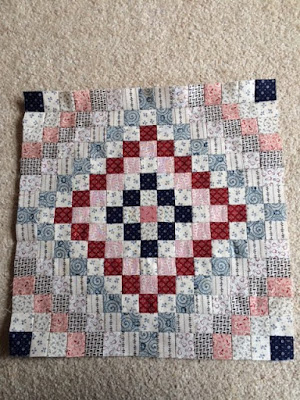 This pattern is called Prairie Points from the book by Temecula Quilt Co, called Quirky Little Quilts.  The quilt in the book features lots of neutrals and solids but I wanted to showcase some of my shirtings.  I ended up using a lot of older shirting scraps already pre cut in my 1.5" strip container.  It was lovely to play with some old favorites! 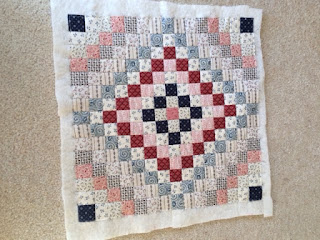 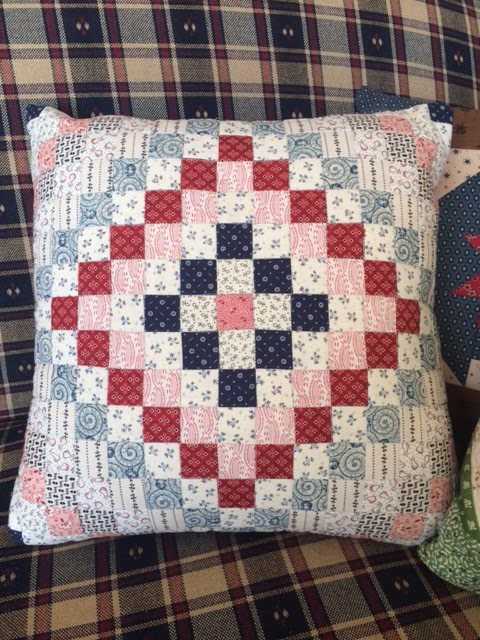 I quilted the top using my new walking foot....as my other foot decided to die!  I honestly had no idea that I could wear out a foot, but my good friend Vicki (long time Bernina owner) talked me through all the issues my walking foot suddenly presented one afternoon (after being perfectly fine in the morning), and deduced the foot was no longer walking!  I borrowed Mums foot and presto the machine performed perfectly, so diagnosis was confirmed and I had to fork out serious $ to buy a new one. 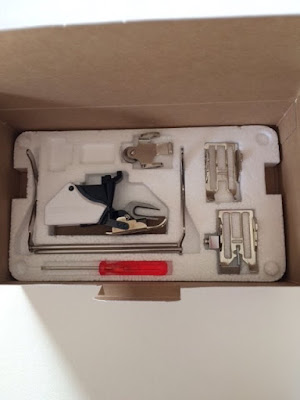 It came with a stitch in the ditch plate, but after using it on the mini I am not super impressed. However prepared to give it another go on a larger quilt without so many seams. 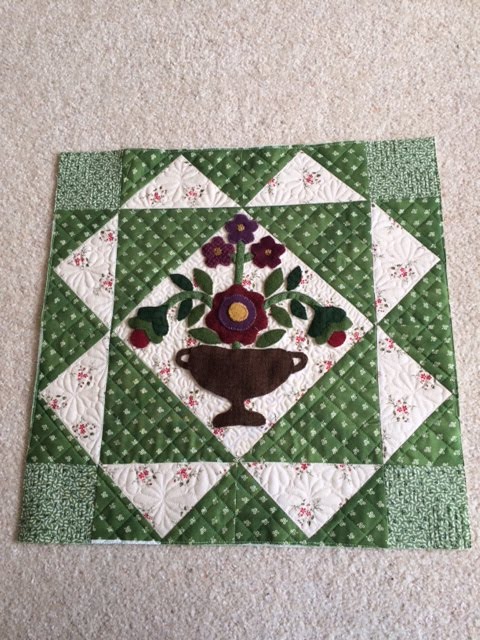 I started making this wool applique block about a month ago, so that I had some hand work.  Decided to add some pieced borders to make it bigger, then decided to turn it into a cushion.  Quilted the heck out of it, to a) use my new walking foot b) because I pieced the wadding from lots little scraps c) because I didn't cut the border pieces on the straight and they were wavy d) it filled in my day while the painter was in the house!  Very happy with the results., but did have to buy a zip to match, well close as I could get to this vibrant green. 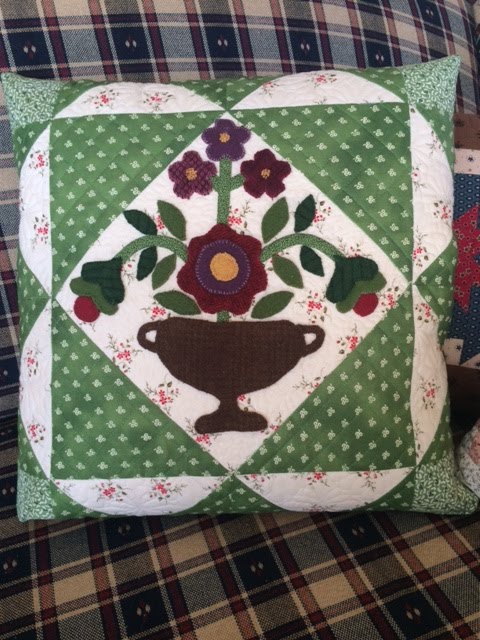 So it was the Temecula Quilt mini that became a cushion, because I wasn't in love with the quilting, although I love the top. 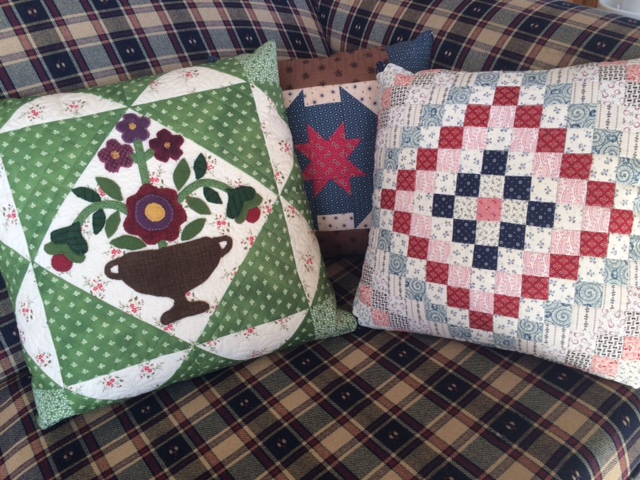