After seeing my Bug in a Bottle quilt, fellow ADQ Bronwyn decided to start collecting bug fabric to make a quilt for her grandchildren.  Heather generously turned up with a stash of insect prints for Bronwyn and this quilt, which she had made.  I love the fact that the bottles are bigger AND the black background really makes the bright colours pop! 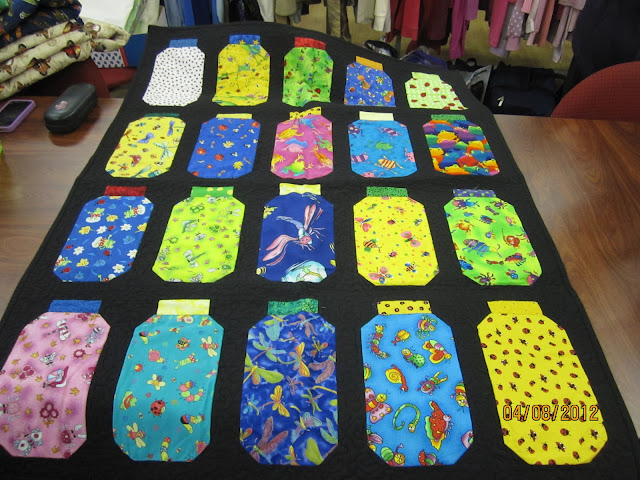 Heather spent the day making drawstring bags for toiletries - which go to Girls on Track program, run by Girl Guides and Smith Family. 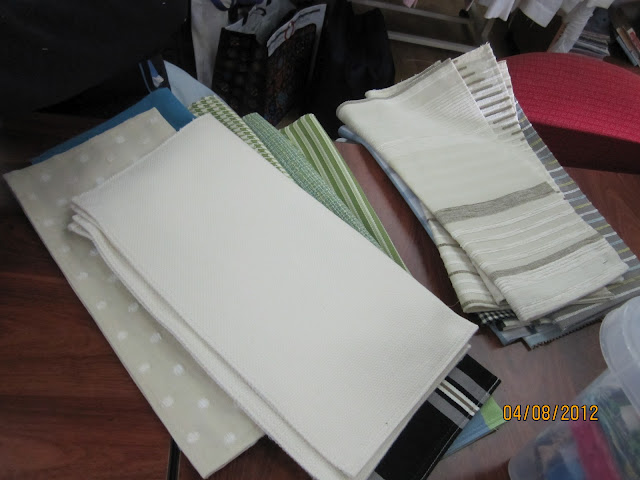 Therese popped in and out with sporting commitments for her daughter, but when she was sewing she quilted this charity quilt donated to the charity arm of the South Australian Quilters Guild. 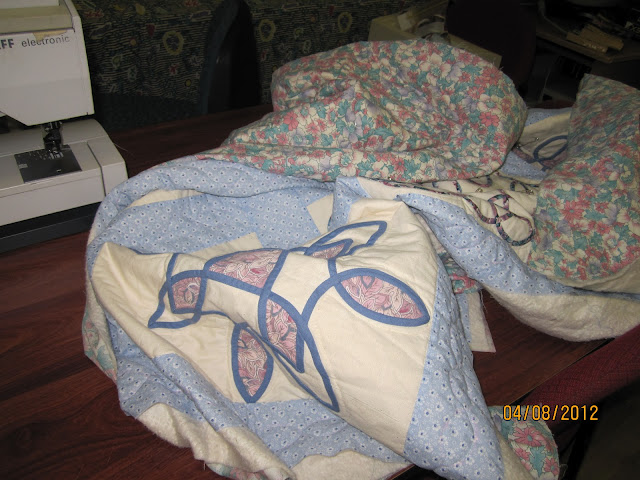 Elaine sewed large and small pieces of wadding together ready for some big quilts, and the scraps went to making humbug bags - also for the Girls on Track program.  She also used her left over flannel strips to make this lap quilt in an interesting improvised log cabin design. 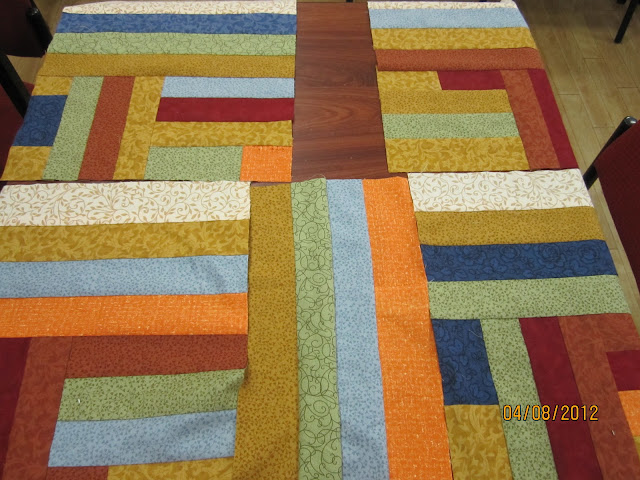 Shez was busy making humbug bags most of the day, but also took some time out to quilt her pirate quilt.  Well its not for her but a special small person, who I am positive is going to be thrilled to sleep under it! 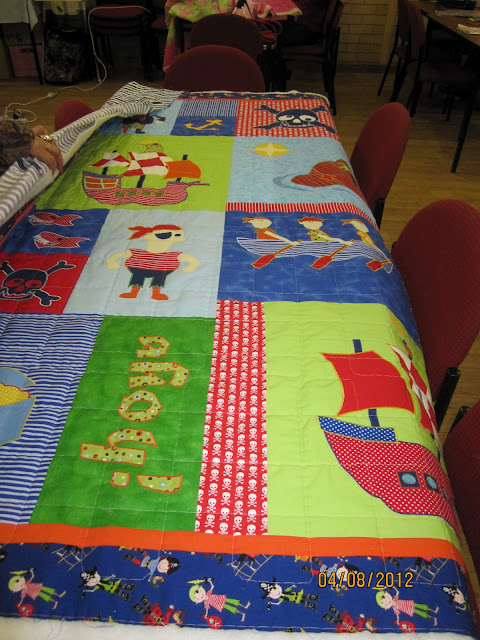 Stacy proudly brought out her new pink sewing machine for its first outing and continued to quilt this gorgeous quilt. 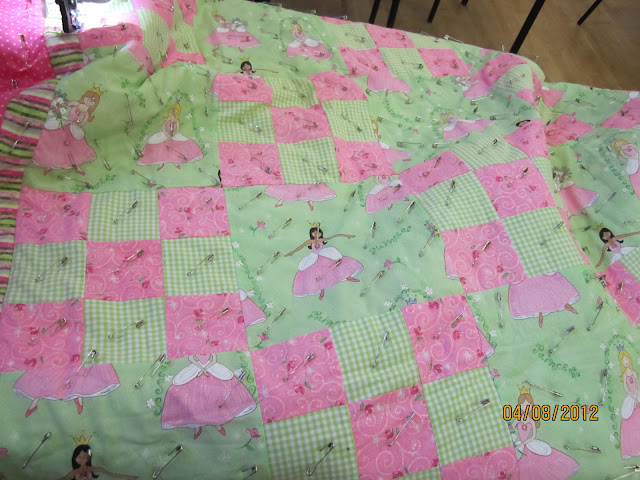 Debbie worked on her Bonnie Hunter nine patch set in a zig zag pattern.  I love this (not the best picture to see the design) layout and the fact you don't need lots of light scraps to make the 9 patch. This is a true scrap quilt and I hope to make one someday with my growing pile of strip scraps. 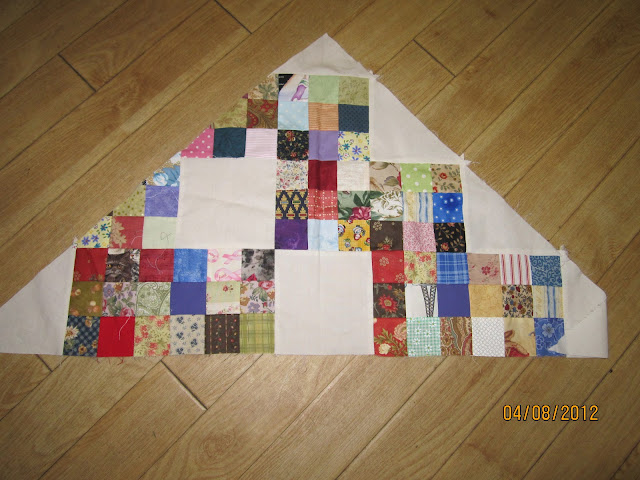 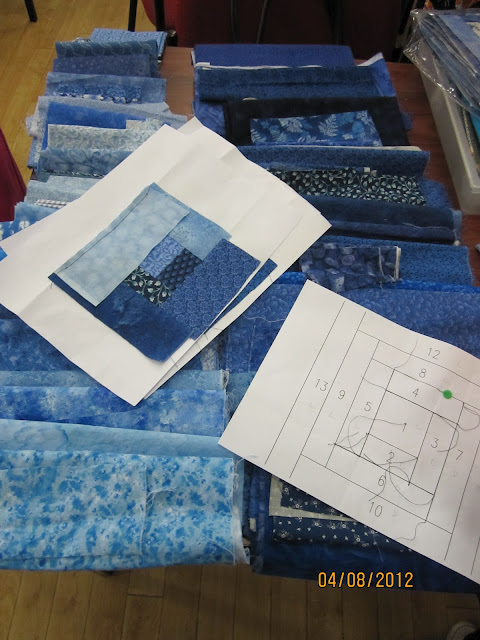 I have just missed a picture of Jonnelle's sewing, unfortunately she was having sewing machine issues and had to leave early for choir practise, so no pictures, but she made herself a new black skirt for wearing at choir performances.
Back later with my efforts, I am full of a cold this morning and haven't got around to taking pictures of what I completed.   Happy quilting, Sue.
at August 05, 2012