I made this bag twice.  I cut it out, sewed most of it together and it would not work.  Much swearing and despair later I gave up.  A friends advise was to make the small version first, so I did and it worked.  Much sewing of incorrectly cut pieces later I got the large version finished.  Its shallow but wide, so great for carrying fabric bundles or even a large quilt.  Disappointingly I have used a lot of very expensive fabric to make this bag, so learned my lesson, always make the smallest version in scrap first! 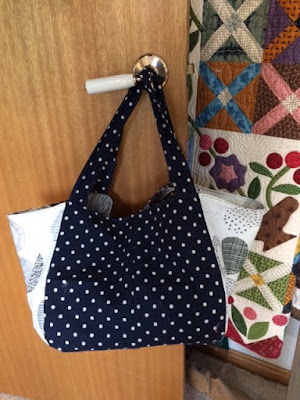 Small bag was gifted to a nephew who is one and just at that age that carrying things around, hiding things etc are fun. 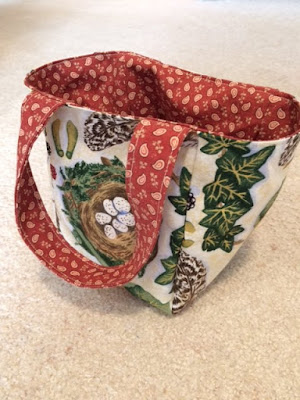 On the making front I also completed two blocks for donating to a lady who was making teenage boy quilts.  I used some striped fabric I had picked up from a online destash. 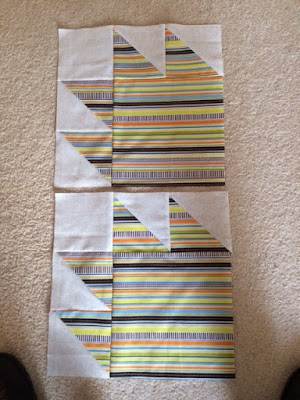 I brought a large collection of reproduction fabrics online from a destash also, but dont have a picture. Hubby didnt say a word, but he must have wondered because the bag was super heavy, as I got meters and meters, mainly $10 p/m, so bargain prices!  Most of them were either backgrounds or backings. 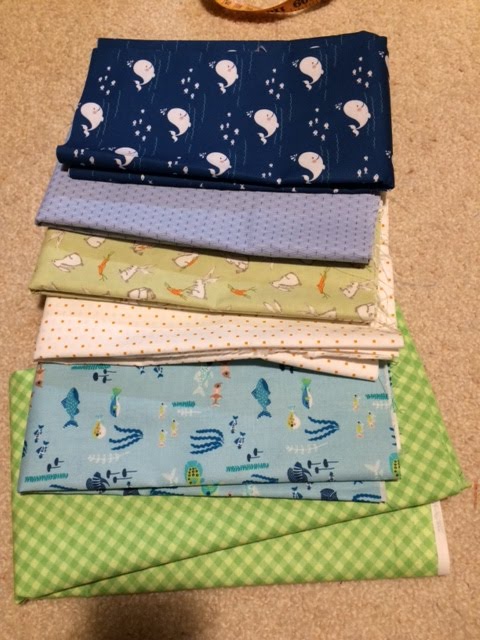 This collection I purchased from Periwinkle Patchwork, over the phone with some help of a few photos emailed.  I want to make another chevron quilt, after the easy success of the tennis quilt, but this time a smaller HST, because it is a cot quilt. I am not sure if rabbits go with sea creatures, but its all cute, so that is good enough for me!
Happy quilting Sue
at July 17, 2020