The second ladybird lone star cot quilt has been ready for quilting for months.  Mum took pity on me and did the main stitch in the ditch then gave it back to me.  For some reason I went with heavy quilting, which looks great, but too way too long for a little quilt!  Oh well its all done now, just needs a trim and binding. 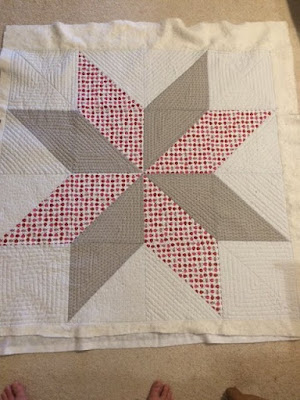 It took a few  before I got the rhythm of making the Frolic blocks.  Its great to have all the little fiddly units made, so I quickly got 12 blocks finished in a day and half - in between getting kids back to school and normal domestic duties. 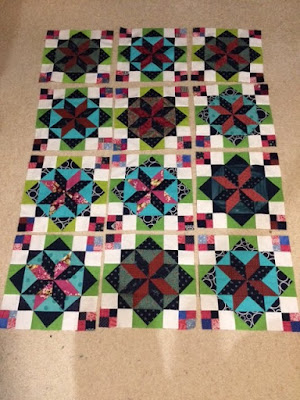 Then I made the sashing and decided that I really needed to see it laid out on point. 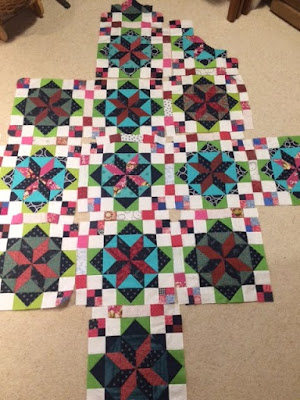 A friend called in and that gave me the motivation to crawl around on the floor to decide if I wanted the hassle of making the quilt on point.  We both quickly agreed, that on point rocked!  And I had already made one half block so the decision to progress was easy! 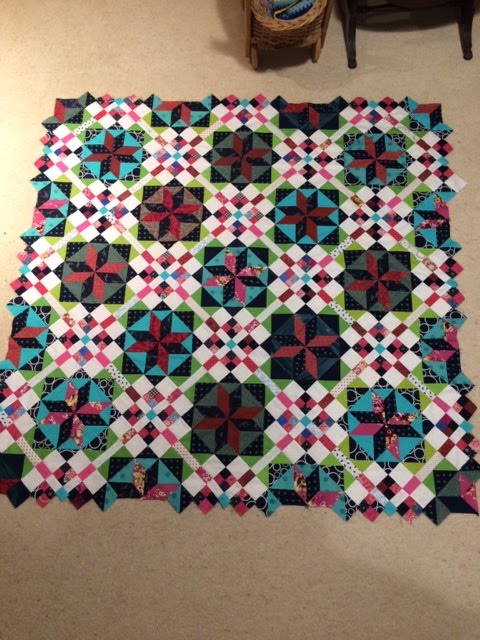 I kept motoring away until Frolic was completed!  Well I still have to add the borders.  I have the HST made, but not sure if I have enough (because this is only a half sized version of Bonnie's pattern), as I being lazy and not doing the maths.
That's next weeks job!
Happy quilting Sue.