I have been on a weekend retreat with friends in Robe, we call it patchwork camp, but staying in a motel is hardly camping!  I tried to capture some of the projects in progress, but some were finished so quickly...or was I just too focused on what I was doing?
I am annoyed at myself for not taking not of the book these blocks came out of.  But I love the colour combinations and some of the neutral prints were just fabulous.  J said she wanted a challenge for the weekend and these blocks were certainly not straight forward or traditional in anyway. 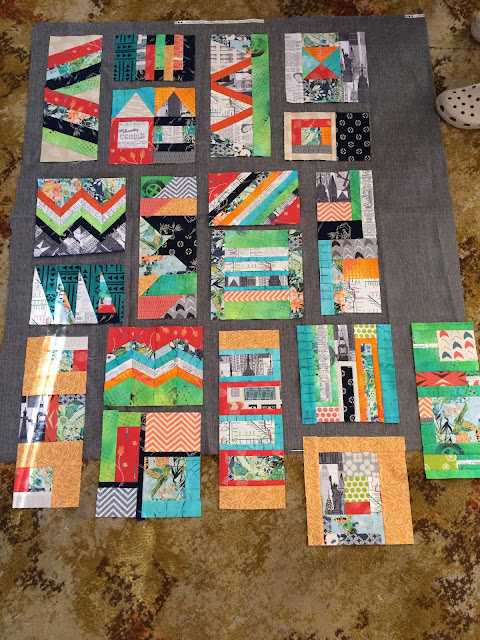 She was very diligent and got a lot done, as they are quite fiddly, and of course no chain piecing, because each was very different from the other. 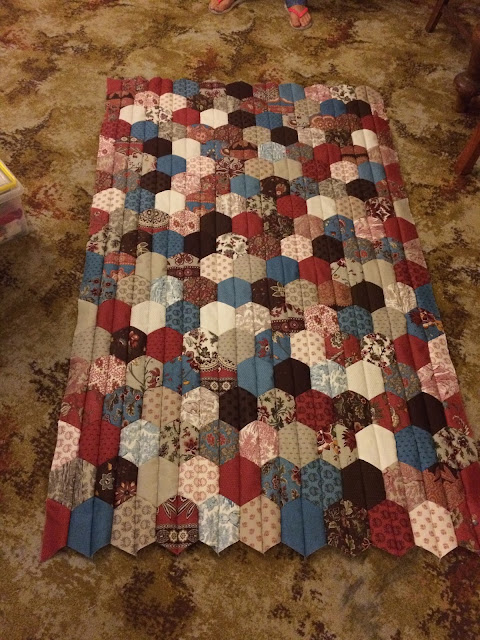 This quilt top, was made from scratch by S over the weekend, but still needs a press.  She worked hard before camp and kitted up this and her other projects, which helped inspire me to do the same.  Certainly allows you to be more productive in the piecing time when your away. 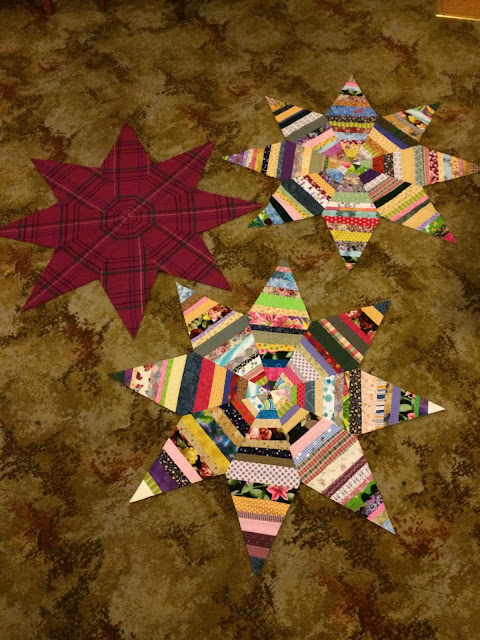 E did some string piecing using her diamond template.  The red star is whole pieces of plaid wool - love it!  Think the background wool was black or navy, so it will really stand out. 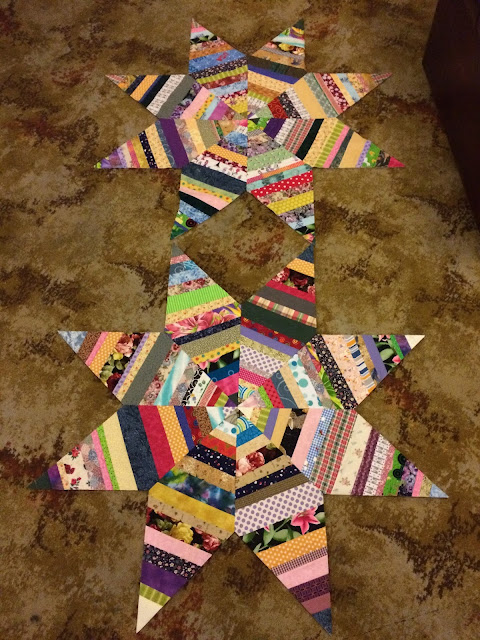 E had visions of two separate quilts.  We tried to convince her to make two more and put all four in the same quilt.  She kept saying it will be enormous!  And we kept encouraging her, all that lovely negative space for her to showcase some quilting!
More coming in another post.
Happy quilting Sue.