My herb garden is going gang busters so I removed the basil (and made pesto) and moved a few more plants from the original planter box into the tiny bit of space around the side.  Underneath these two bushes are the rosemary...but I do have another plant close by so not to worried if it doesn't survive.  One of these plants (purple flowers) is russian sage and the red flowering plant is pineapple sage, which smells delicious! 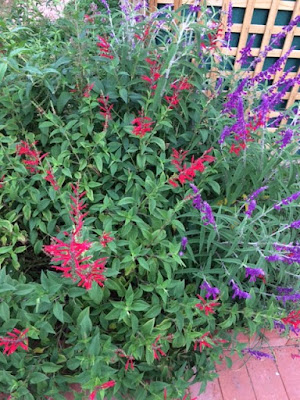 A good friend gave me lots of garlic from her garden, so I have planted the ones that were sprouting in the fridge.  There is one lonely spring onion and a celery on the left - I buy a whole celery at the shop, cut the base off and popped it into a dish with a little water on the window sill until they sprouted roots, then planted them.  There are leeks seeds planted on the left, waiting for them to pop up. 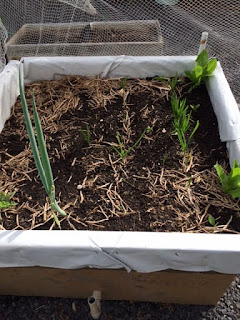 I have planted carrots into one side of the former concrete laundry trough- because it has our sandy soil in it, and parsnips in the other.    The broccoli seeds are just poking through in this shot and I planted more a fortnight later.  They are just in a small planter trough, so need to be transplanted into the garden beds when big enough and will give  some away.  I have recently started saving the kids icy pole sticks, wash, dry them then use them as plant labels. 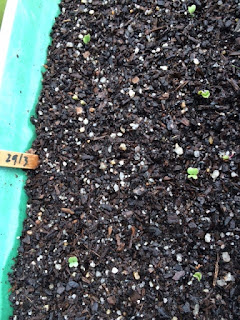 I normally buy seedlings for most of my vegetables but  I had purchased seeds to donate for the school Easter raffle (which has been postponed) I figured I might as well use them - safer the going out to the hardware unnecessarily! 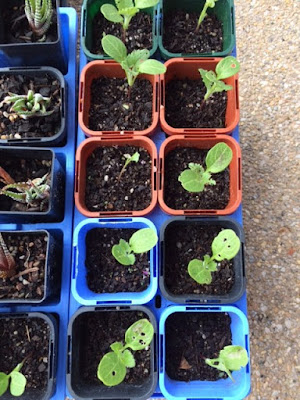 Something is eating my trees (we think this is the wattle that I collected from neighbours trees - planted these before I thought of the icypole stick labels), a friend has advised it is possibly the white cabbage moths - so I am going to enlist the kids to swat them with their tennis racquets! 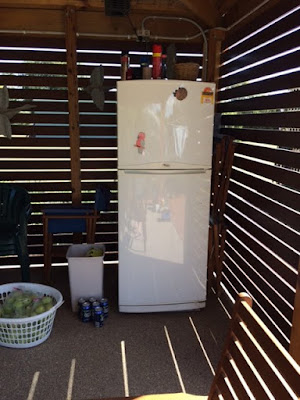 Early in the mornings we could hear our fridge making lots more noise than normal.  The service guy took our word that we were Covid 19 free and came out to inspect it.  Turns out that it had frosted up, so motor was running extra hard.  We had to turn it off for two days, then turn it back on to see if it does it again or not....if it does that means there is a gas leak and we have to buy a new fridge :( its only five years old.  In the meantime I had to move the contents to our outdoor fridge, which is normally referred to as the beer fridge in keeping with Aussie lingo.  But in our case houses our recently harvested apples and only a few bottles of beer for hubby!  So cooking outside on the bbq was the norm for a few days, which was fun as the weather was fine.  So far the indoor fridge is behaving itself...so hopefully problem is fixed. 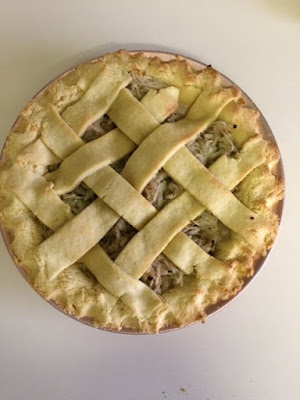 I made a couple of apple tarts.  They ended up in the freezer, nobody was particularly interested in dessert!  I thought I would be keen to bake like everyone else but I haven't been.  I have found spending time in the garden much more satisfying...but the days are so nice and warm its easy to be outside.  Plus I have purchased flower seeds as well, so been sowing those, pruning, taking cuttings and generally pottering around!
at April 17, 2020