Quilt Sue is hosting a Christmas Quilt Along, because she is in the UK it technically didn't start until yesterday afternoon/evening for me.  I have never done one of these before, so not sure if I am doing the right thing or not.   I spent most of yesterday sewing  (and checking Sues blog) and now I understand I have to post on my progress.  I had assumed that I needed to work on Christmas projects, but decided that I had other more pressing deadlines.  So during the morning (Sat) I attached the first border to this quilt...Luck of the Irish.  I was going to enter it our Guild show, but couldn't get my head around putting the forms in on time (by Friday) with Dad being sick AND not knowing how I was going to finish it, e.g. borders.  I tried to work out the maths, it is not my strong point, so gave up and going with the suck it and see method! 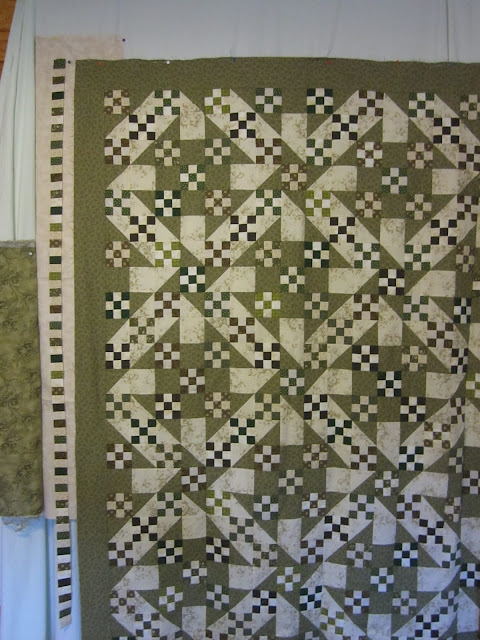 This morning I am auditioning the second and subsequent borders.  Actually that green floral tone on tone looks better in this picture then in life! 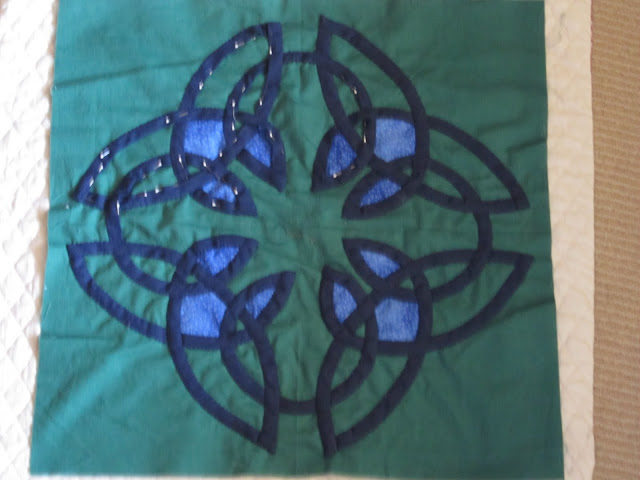 Yesterday afternoon I decided that my second priority was finishing the final block of the Celtic quilt.  Sorry its a bit blurry, but as you can see I have got 3/4 stitched down, so nearly there.  I had lots of interruptions yesterday, as DS1 and DS2 decided that they would join me in watching TV while I hand sewed.  That involved negotiations about snacks, fights about who would sit where and finally about what we were going to watch...I won but by the time I sat down there was only 45 min left of the Elvis Presley movie! Luckily DH was outside working and I was able to distract the boys back outside and settle back down with a Jane Austen movie, Northanger Abby.  I got more completed later when the boys were in bed, but I had to "watch" the footy, Aussie Rules that is...cannot wait until the season is over and I can watch movies instead! 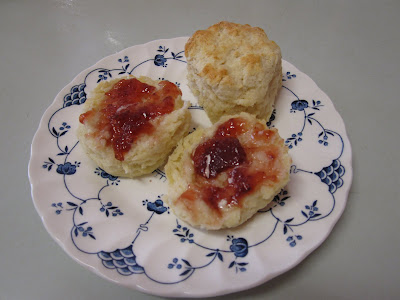 Today I made some scones for morning tea, broke up arguments about which bike DS1 and DS2 could ride, where they could make sandcastles (not where DH is digging trenches) and folded the washing.  Now I am going to make a few hundred more 1" squares for the rest of the border (Luck of the Irish) and then later I will try to get the rest of the hand sewing done...just waiting for something interesting to be on TV.
Happy quilting, Sue SA.
at September 11, 2011