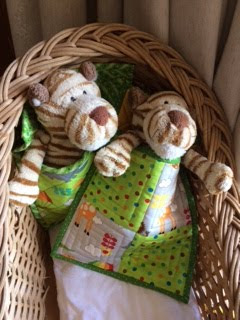 I have been using up some cute scraps and leftover wadding to make teddy bear sleeping bags. These two tigers belong to my youngest son and live in this dolls pram, but without a cute quilt. 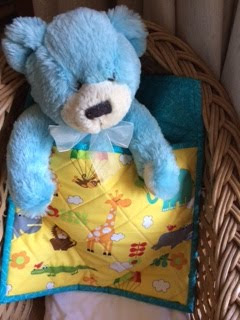 Teddy lives in the pram also, but does not see much attention these days, however makes a good model for the larger sleeping bag.  I wanted to make some in pink, but the HST version just became a dolls quilt rather than a sleeping bag.  I like it so much I think I will make one for the pram to live at my house! 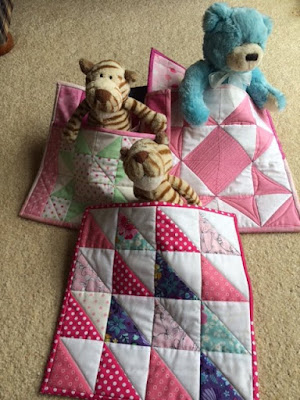 There will be few more bags constructed and they are going to extended family who have kids in that 3-6 age group, that play with dolls and  soft toys. 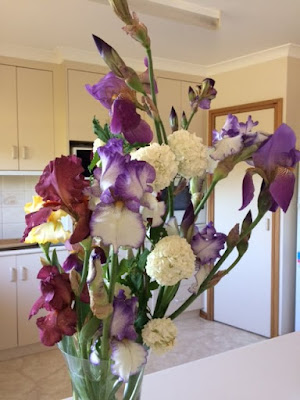 We alternatively had hot , windy and cold weather leading up to the local fleece and flower show.  The flag iris were one of the few things blooming that survived in tact so I picked a lot for the show and them jammed them all into a vase when I got home.  The snowball tree (gilda rose is the other common name it goes by) was looking magnificent. 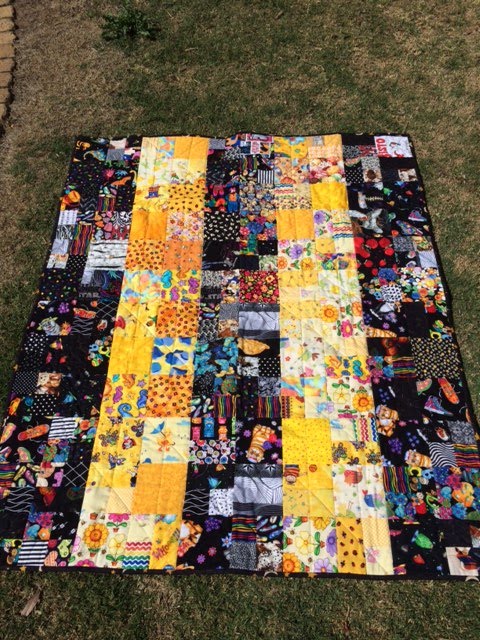 Another kids charity quilt has been finished using the many donated eye spy fabrics given to me by friends.  I have combined them into the club colours for the Richard Football Club, who won the Aussie rules grand final this year.  Hopefully it makes a small person smile.
Happy quilting Sue.
at November 08, 2019