I had been putting off making these 36 patch blocks :( 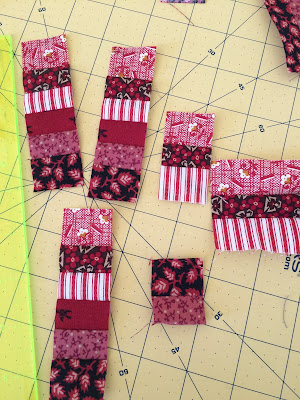 But decided that the easiest way was to strip piece them.  Worked out fine for the red version of my Marvelous Mini Monday blocks. 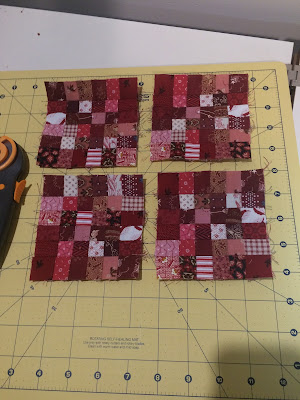 Thought I would try Trip Around the World style in rainbow colours for my scrap version. 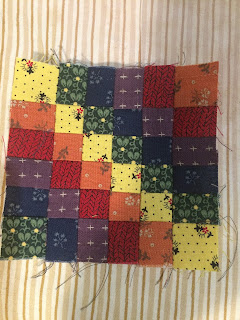 But I didnt like it.  So after much procrastinating (and many weeks) I had another attempt. 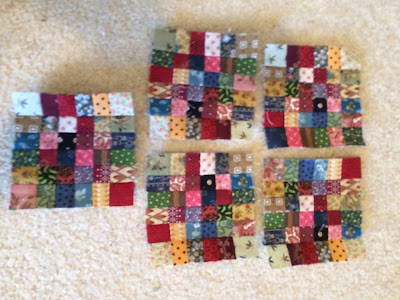 Which is fine in my book.
Did an audit of my blocks and worked out what was missing and which ones needed resewing...because I had lost most of the points. 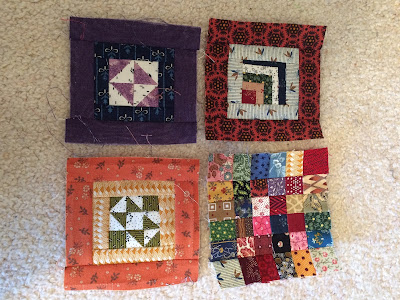 Still struggling with the log cabin in red.  Not thrilled with the scrap version but its done. 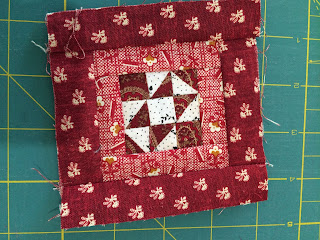 Final photo of the scrap version of the sampler blocks. 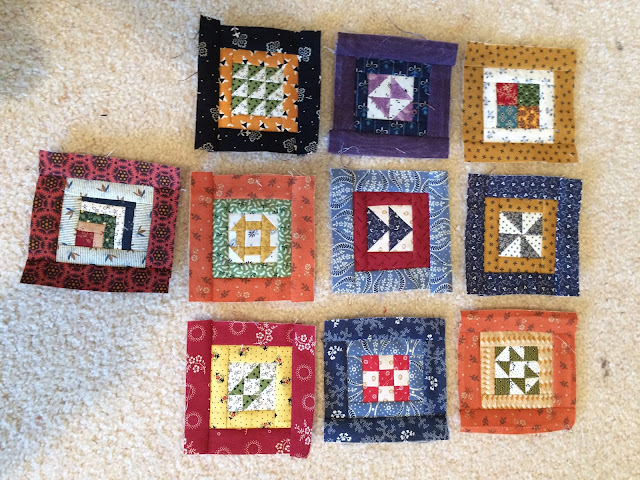 No idea why but the flying geese have given me the most problems.
Still they are all done!
Happy quilting Sue.