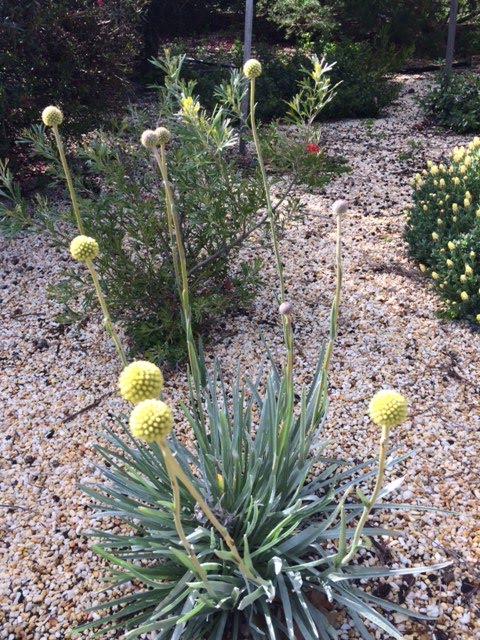 Billy Buttons - a flower that looks like you can play the drums with it! An Australian native that I have long admired.  My mother had a native ground cover with small yellow flowers that were disc like (eg round but flat) when we were kids - which she called Billy Buttons.  I have been on the look out for the past few years for one, as I think they would grow well in our sandy soils, but this version is a delightful alternative.